The disarray seen around 2018 is now largely in the past as cities begin regulating how and where riders can scoot. By Freddie Holmes

Following unsolicited deployments and subsequent bans, a growing number of municipalities appear to have warmed to e-scooters. Trials will continue in a bid to ensure safe and efficient integration with existing city life, but in some cities there remains a long road ahead before e-scooters become the norm.

Many cities in the US now embrace e-scooters as part of the fabric of public transit, including San Francisco which had been particularly strict. In Europe, cities such as Lisbon and Berlin have emerged as strong proponents. In May 2021, a fleet of e-scooters from Estonian start-up Bolt swept across nine German cities, joining competitors such as Lime, Tier and Voi. In Vilnius, Lithuania, local authorities have encouraged micromobility companies to come and test their services, lobbying for ‘market deregulation.’ Similar trends can be seen to the east, from Dubai and Singapore to Tokyo and Shanghai.

Positive signs are coming from the UK, where several e-scooter trials are under way after a nationwide ban was lifted in July 2020. Cities including Bath, Bristol and Milton Keynes already have schemes under way, and in London, three e-scooter providers are due to take part in a trial that is due to begin in June 2021. Scooters will be geo-fenced to ensure they remain within strict boundaries in districts such as the West End, Mayfair and Marylebone; riders must start and end their journeys within approved zones, so there remains an element of flexibility in where they can be ridden.

E-scooter companies Dott, Lime and Tier Mobility will work with Transport for London during the trial. In a statement, Tier said this has potential to be “the biggest tendered e-scooter scheme in Europe.” To ensure scooters are parked appropriately—that is, out of the way—Tier has worked with mapping specialist Fantasmo to validate the location of a scooter to within 20cm. Private scooters will remain illegal in London, a nod to the fact that local authorities wish to keep control over how they are used.

In the West Midlands, authorities have invited bidders to take part in an e-scooter trial in areas such as Birmingham, Coventry and Wolverhampton, which commenced in September 2020. Stockholm-headquartered Voi was awarded the tender, building on other contracts secured in Bath and Northamptonshire. Roger Woodman, a professor at the University of Warwick, says participants have worked closely with the local police force and several charities to ensure that services are not only safe, but also consider the needs of those with disabilities. “Questions on the benefit of the service and how it will integrate to existing transport will be determined in the later stages of the trial,” he told Automotive World.

Spin has touted its ‘collaborative’ approach with local officials as a means of securing business. In May 2019, it rolled out 200 e-scooters in Ann Arbor, Michigan, to coincide with the redevelopment of a busy street into a ‘bikeway.’ It has even worked with Salt Lake City residents to modify an intersection for safer biking and scooting. In Phoenix, Arizona, Spin Hubs have been set up to create safe locations to dock and charge scooters. Its Chief Executive, Derrick Ko, told Automotive World that reputation is a major factor when it comes to securing contracts with a city. “If a company can’t be trusted to follow through on their promises, it will impact whether they receive a permit or not,” he explained. “Flashy tech can’t replace trust.”

Many cities remain cautious of even controlled pilots at this stage. In Toronto, the sentiment appears to have turned sour as a committee meeting in April voted against the option to participate in an e-scooter pilot project, originally part of the state of Ontario’s wider five-year plan. The City Council has requested Transport Canada to regulate harmonised micromobility standards for safety, testing and accessibility, before participation will be reconsidered.

The decision relates to both shared and privately-owned scooters and Toronto officials say it is based on the city’s “commitment to safety and accessibility.” A review of injury studies from other cities, including Paris, Tel Aviv and San Diego, suggested that a ban on scooters would “help to prevent potentially serious injuries on Toronto streets and sidewalks,” a statement from May 2021 reads.

Bird, an e-scooter company that had been expecting to take part in the trial, hit back at the decision and suggested that “Toronto wasn’t interested” in the study. It also noted that positive data from studies in other jurisdictions such as Calgary and Ottowa were “routinely ignored.” Bird’s statement concludes: “If the City of Toronto is serious about becoming more sustainable, green and liveable, then micromobility in all its forms, including e-scooters, must be part of the solution.”

Even in a city that is world famous for its progressive stance on cycling, Amsterdam officials have essentially prohibited the use of e-scooters on public roads. In Copenhagen, another city known for its extensive network of cycle lanes, the use of shared e-scooters has been banned in the city centre; concerns focus on how docking and charging stations would impact public space. Authorities are eyeing stricter regulation on how shared fleets are deployed and used, with Copenhagen’s mayor for technology and environment, Nina Hedeager Olsen, describing the situation as “unregulated chaos” in September 2020. Similar concerns have been raised in Oslo and Helsinki, although e-scooter services continue to operate in both cities.

Lucas Casanovas, who leads SEAT’s new micromobility company, says three measures can ensure that scooters are docked safely and out of the way. First, users can be informed of the correct etiquette. Next, the service can be designed to enforce the rules, such as requiring a photo to be uploaded once the vehicle is parked. If no picture is taken, the service will not finish and the user will continue to be charged. If for whatever reason the vehicle has been left illegally, the police might seize the vehicle or require the user to pay a fine. “We need properly defined regulations,” urges Casanovas.

Unmanaged swarms of e-scooters are now rare, with responsibility resting on operators to ensure users are penalised for improper use.

Various cities appear more receptive to third-party scooter fleets, but many remain tentative. This is true even in cities where micromobility would seem an ideal fit. It is likely that municipalities on the fence will continue to observe how things unfold in other markets, taking cues from successful pilots and full commercial operations.

Safety remains a primary concern, with various instances of fatal e-scooter crashes involving riders, pedestrians and other road traffic. The University of Warwick’s Woodman suggests that cities will look to protect pedestrians as motorised scooter traffic increases. “Ultimately, to make the service work and benefit the most people, there will need to be segregated e-scooter/bicycle lanes and pedestrianised areas,” he told Automotive World.  A survey carried out by Spin found that 62% or riders felt safest when travelling in a protected bike lane.  In coming years, embedded camera sensors could become more common, giving operators an even better idea of how scooters are being used and where improvements can be made.

Cities are broadly on board with shared e-scooters, which appeal to those looking for smartphone-accessible, affordable and motorised mobility solutions. Private e-scooters could remain a problem: while illegal on most public roads, they are proving difficult for law enforcement to control. Recent reports of ‘tuned’ scooters—one rider was caught travelling triple the speed limit in Oslo—could indicate a new and worrying trend. 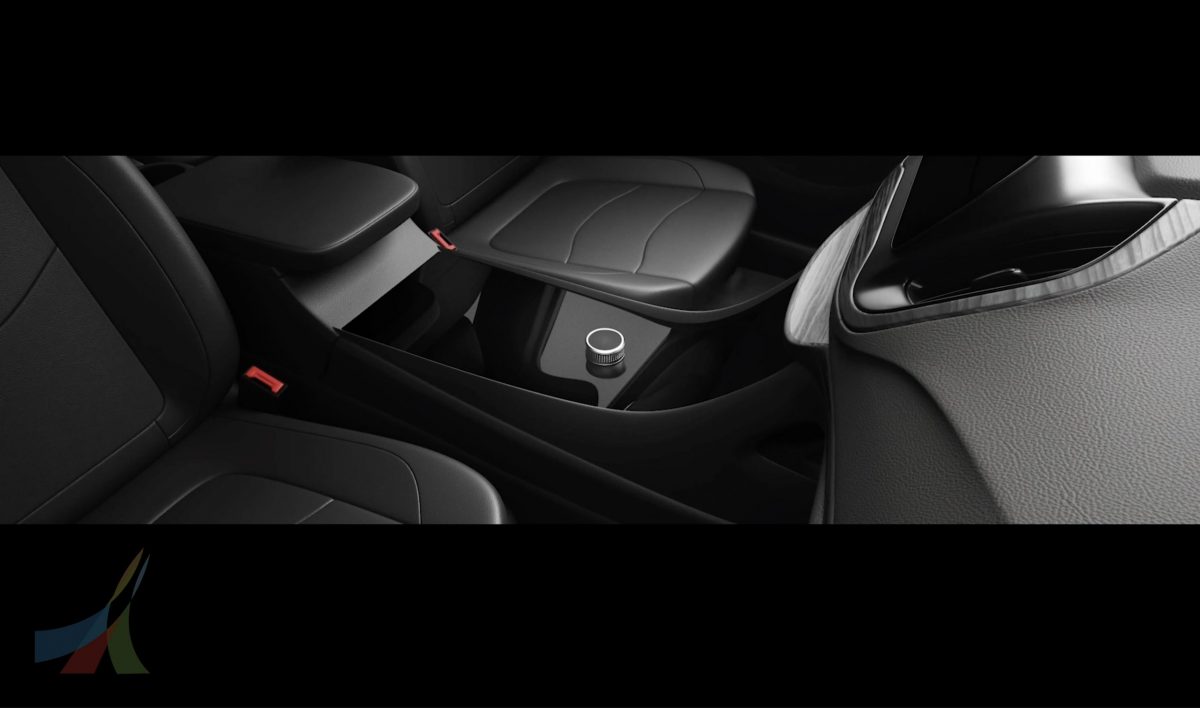 Is multifunction capability a must-have in the car of the future? 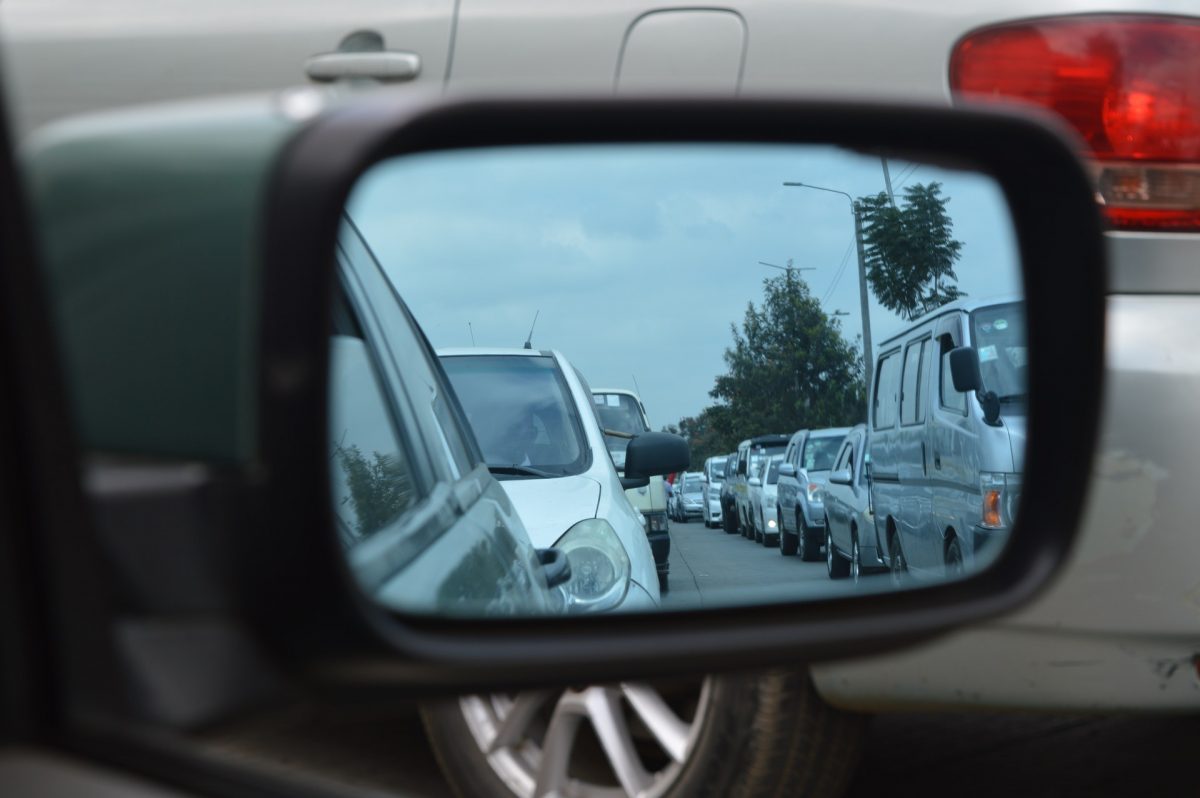 Robotaxi, private car or scooter: what is the future of the daily commute? 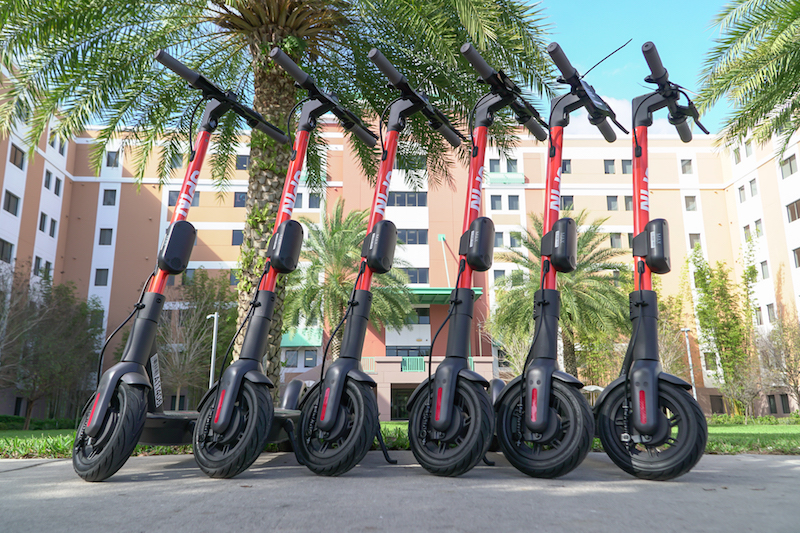