Last Saturday, BMW Welt was closed to visitors for a very good reason: 12 Drone Racing League (DRL) pilots raced custom-built drones FPV (First Person View) around a competitive course inside the building, right through the heart of the vehicle exhibition, at well over 100 kilometers an hour.

Last Saturday, BMW Welt was closed to visitors for a very good reason: 12 Drone Racing League (DRL) pilots raced custom-built drones FPV (First Person View) around a competitive course inside the building, right through the heart of the vehicle exhibition, at well over 100 kilometers an hour. More than 3,000 enthusiastic guests watched the trend sport spectacle live. 1000 fans took up position in the public galleries around the BMW Welt Plaza; more than 2,000 took advantage of the perfect summer weather to view for free in the outdoor fan zone.

“The drone races certainly provided me and the viewers at BMW Welt with some exciting moments. This is where innovative dynamic performance, fascinating technology and digital connectivity come together. It is a perfect fit for the BMW brand and BMW Welt,” explained Helmut Käs, head of BMW Welt. “By hosting the Drone Racing League Semifinals at BMW Welt, we are introducing our visitors to this exciting trend sport. We provide a great venue for drone racing, just like many other events. BMW Welt is a meeting point for a wide variety of innovative topics and events.” 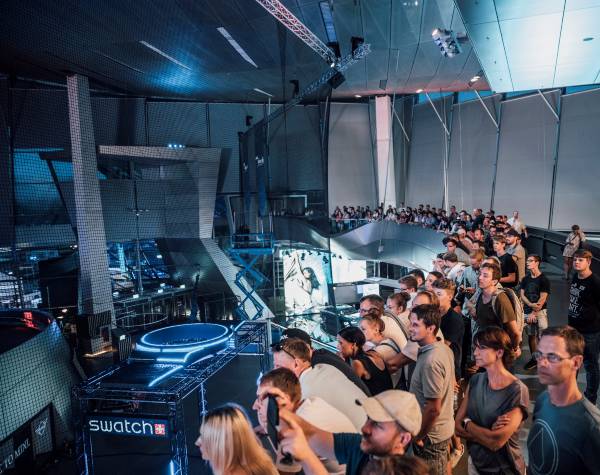 The winner of race will compete against the other 2018 DRL Allianz World Championship Season winners in their final event in Saudi Arabia. Throughout the autumn, fans and anyone else who is interested can follow the competition on ProSieben MAXX, which will broadcast the entire Drone Racing League series every Thursday from 13 September until mid-December. 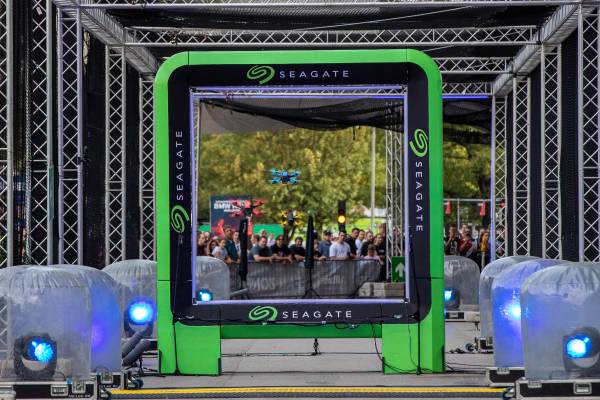 Trend-sport event in the heart of Munich

This year, for the first time, BMW is the official partner of the Drone Racing League (DRL), which organizes one of the futuristic trend sport’s biggest racing series, the “DRL Allianz World Championship 2018”. The experienced FPV (First Person View) pilots steer their individually-built DRL drones through complex three-dimensional courses. German drone-racing stars McStralle and UpsideDownFPV lined up against one another at BMW Welt to attempt the challenging and meticulously calculated course through the building’s award-winning architecture. The Munich audience cheered the two Germans on, round after round, with people clearly holding their breath during particularly complex sections of the course, such as the hairpin bend in the northern wing of the building or on a power loop through the first gate of the course. At the end of each round, the pilots had to steer their brightly-lit projectiles through the BMW Gate in the shape of the iconic BMW double kidney, where they were greeted every time by thundering applause.

The event was also an all-round success for the host: Within days of tickets going on sale, front-row seats inside BMW Welt were sold out. For those unable to buy tickets, the fan zone outside BMW Welt provided a free and varied programme with food options, live music and various opportunities to experience drone racing hands-on. The absolute highlight of the fan zone was the VR flight simulator set up by Allianz. High temperatures late into the night also helped create an unforgettable summer evening.

Grammer supplying the BuzzBox for the new ID. Buzz