Could mobility services, new business models and the sharing economy spell the end of the private car? Megan Lampinen investigates

Smart cities are coming, bringing with them new approaches to urban mobility. The proliferation of connected mobility services, combined with the rise of highly automated driving and the sharing economy, raise questions about the prospects for private vehicle ownership. Add in hefty investment in public transportation and we could be looking at the end of the ownership model completely.

Transport as a Service (TaaS) disruption could prove profound. The think tank RethinkX predicts that vehicle users will move away entirely from the traditional ownership model and instead access vehicles as and when required. “The TaaS disruption will end the model of car ownership itself. New car sales and the existing fleet of both internal combustion engine and electric vehicles (240 million vehicles in the US) will be displaced as car owners sell or abandon their vehicles and use TaaS,” it writes in the Rethinking Transportation report.

Eric Woods, Research Director at Navigant Research, sees a clear trend towards greater use of shared mobility but questions whether this will ever reach 100%. “With all technology adoption there are layers of development,” he points out. “The push from cities today is very much towards moving people away from personal ownership. The take-up of sharing services and the eventual advent of automated vehicles changes the whole pattern of how we think of vehicle ownership in the city. Multiple trends are moving us in that direction.”

“Vehicle ownership is becoming less important for younger generations of customers, and new competitors are entering the market that have partly already overtaken established OEMs with respect to market valuations.” – Timo Moeller, Head of the McKinsey Center for Future Mobility

Roland Berger believes there will always be some role for personal ownership, even in the long-term, though it adds the caveat that ownership structures and vehicle designs will change dramatically. Its analysts envision a future in which fully automated mobility-on-demand fleets constitute a major part of the car parc, while vehicle ownership provides more personalised travel experiences.

For Timo Moeller, Head of the McKinsey Center for Future Mobility, it will be a decidedly mixed picture moving forward. On the whole, he expects personal vehicle ownership to remain a smaller but still relevant aspect of transport over the next decade. This is in part due to the inability of existing shared mobility solutions to fully address all transportation use cases. “Ride-sharing tends not to be the optimal solution for the daily commute due to its cost, nor is it attractive for multi-stop shopping trips where you want to store items in the trunk,” he told Megatrends. “Furthermore, to build a positive business case for sharing solutions, certain thresholds regarding utilisation have to be met, which is barely feasible in low-density rural areas at the moment.”

The quality and availability of public transport services could dramatically impact ownership models. “A strong public transportation network, which is efficient and effective, must be supported by seamless last mile coverage, with an option of on-demand availability of vehicles,” suggested Indraneel Bardhan, Founder and Managing Partner of EOS Intelligence. “Only such hybrid models will allow for a vehicle ownership shift and will define how the transportation space evolves.”

While opinions vary on the specific prospects for personal vehicle ownership, most agree that urban centres will lead the way. “In high-density cities, where governments strongly incentivise shared mobility solutions to reduce emission and congestion levels by complementing public transport, you can think of private-vehicle-free zones in the near future,” suggested Moeller. “In rural areas, privately owned vehicles will remain the predominant form for a longer time. Autonomous vehicle technology and purpose-built vehicles will be a game changer, removing customer pain points such as the lack of convenience for pooling solutions, and making business cases profitable even for lower-density areas.”

“The push from cities today is very much towards moving people away from personal ownership. The take-up of sharing services and the eventual advent of automated vehicles changes the whole pattern of how we think of vehicle ownership in the city.” – Eric Woods, Research Director, Navigant Research

Meanwhile, regional variances across the world’s markets should remain significant. “There are very different approaches to car culture already. We see European cities moving there quicker than in some US cities or developing countries,” suggested Woods. Roland Berger suggests that customers in Singapore, China and India are currently leading in the shift away from car ownership.

Bardhan suggests much of this development will hinge on societal ambitions and desires regarding vehicle ownership. “In more mature markets of Europe, the idea of vehicle ownership has reached a stage where not owning a car is an acceptable societal norm. On the other hand, in the developing and emerging markets of LATAM, APAC and Africa, cars symbolise wealth, status and independence,” he observed. “While there’s been a shift towards and growing adoption of the likes of Uber, Lyft and Ola, this hasn’t necessarily curbed the ownership of vehicles in some markets. It is likely to take a generational shift of ambition and attitude for the concept of vehicle ownership to change in these parts of the world.”

While nobody has a reliable crystal ball, the signs are sufficient to be of concern to car manufacturers. “Brands need to become translatable. They cannot be tied to the original infrastructure,” warned Woods. “The biggest book seller today doesn’t have any book stores. The biggest taxi provider doesn’t have any taxis. OEMs need to build on their assets but not be so tied to them that it leaves them vulnerable to new entrants that don’t have that legacy.”

Most of the incumbents are dabbling in some form of alternative mobility projects. The Ford Pass app debut confirmed Ford’s positioning as a mobility provider more than a simple car manufacturer. Offering a range of mobility-related services, the app can serve as a personal mobility concierge. Sheryl Connelly, Ford’s Global Consumer Trends and Futuring Manager, promised it would “reach people who don’t plan to ever own a car.”

Ride- and car-sharing is one of the biggest areas for experimentation among OEMs at the moment. What started out as a means of exposing the brand to consumers, with the aim of a future purchase, has become an end in itself. PSA, for example, is launching its  Free2Move smartphone-based mobility aggregation platform in the US, a market where it doesn’t even sell vehicles.

“Ride-sharing tends not to be the optimal solution for the daily commute due to its cost, nor is it attractive for multi-stop shopping trips where you want to store items in the trunk.” – Timo Moeller, McKinsey

“To stay competitive in the long term, OEMs have started to rethink their traditional business model. Vehicle ownership is becoming less important for younger generations of customers, and new competitors are entering the market that have partly already overtaken established OEMs with respect to market valuations,” said McKinsey’s Moeller.

“Nevertheless, shared mobility isn’t all bad for the industry. We see that many OEMs already started the transition from a being a pure vehicle manufacturer to becoming a holistic mobility provider, taking advantage of the strong new opportunities from a rapidly growing shared mobility market.”

As vehicle usage patterns transform, so too will infrastructure. In most cases, it will be upgraded or even eliminated. That’s the prediction from global innovation hub SOSA, which suggests that in smart cities of the future, cross sections of streets could be moved, public transportation and ride-sharing lanes widened, and garages converted into private residences or office spaces. Even simple city benches could be revolutionised.

“At Ford, we believe the city of tomorrow should make people feel happy, safe and connected, so we’re looking at how streets could be designed to serve a full range of activities: walking, biking, driving, connecting with others, and of course, businesses and services that support our economies,” said Sarah-Jayne Williams, the recently appointed Director of Ford Smart Mobility, Europe. As a first step, Ford is working with smart cities start-up Strawberry Energy to introduce smart benches, which offer pedestrians free solar-powered mobile charging and Wi-Fi access while they sit.

Many observers anticipate more space in city centres as fewer vehicles operate and less parking is required. “So much of modern city infrastructure was constructed around the need to provide space for private vehicles – not just roadways but also aspects like car parks,” observed Woods. “It is liberating to be able to think about what could happen if you do not need to make space for private vehicles on the volumes that we see today.”

“While there’s been a shift towards and growing adoption of the likes of Uber, Lyft and Ola, this hasn’t necessarily curbed the ownership of vehicles in some markets. It is likely to take a generational shift of ambition and attitude for the concept of vehicle ownership to change in these parts of the world” – Indraneel Bardhan, Founder and Managing Partner of EOS Intelligence

Roadways will need to be incorporated into wider city planning. “If you are redeveloping a train station and expecting autonomous vehicle pods to be used for last mile travel into the city centre, what should the surrounding road infrastructure look like?” asks Woods. “It will require something very different from the traditional arterial structure for roadways. The interplay will be key, looking at where roads are still necessary and what will be required by the new types of transport, like bike sharing.”

Above all, though, infrastructure will need to be smart to support communication among cars and traffic lights, toll stations, bridges and buildings. Australia’s National Roads and Motorists’ Association (NRMA) is already urging that all major road project plans incorporate smart infrastructure systems or at least allow for easy retrofit for future technology. “The next generation of roads need to be intelligent and flexible enough to accommodate a future transition to fully autonomous vehicles,” it writes in the report ‘The Future of Car Ownership’. “As more and more autonomous vehicles become reality, petrol stations may be replaced with charging stations, highways may require sensors or wireless technological additions, and car parking stations may act as mixed-use spaces.”

The promising news is that action is well underway. Cities around the world have woken up to the challenges on the way and are keen to make a start. “Cities are very actively engaged in this,” Woods pointed out. “After all, transportation and the road network define a city in many ways. This activity and engagement will become an even bigger focus in the coming years.”

This article appeared in the Q4 2017 issue of Automotive Megatrends Magazine. Follow this link to download the full issue 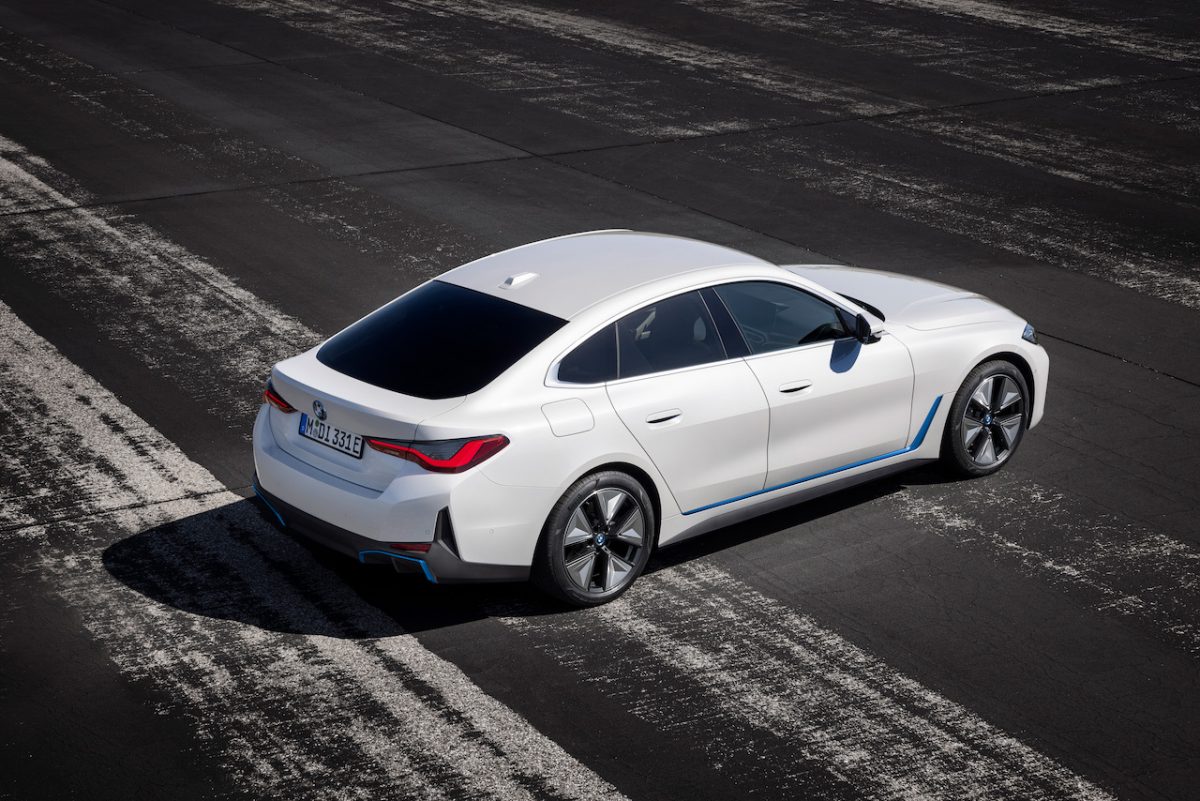