Ethernet: the fast track to the connected car

Ethernet cuts cabling cost and weight, increasing bandwidth and data transfer speeds. Rachel Boagey looks at the role of Ethernet in the development of connected and autonomous cars

With significant increases in the volume and complexity of in-car electronics, networking solutions that offer low-cost, high speed transmission and bandwidth are becoming ever more necessary.

Ethernet bypasses traditional cabling for connectivity, allowing all vehicle components to connect with lighter and more effective wires, and enabling manufacturers to reduce connectivity costs by up to 80% and cabling weight by up to 30%. This also provides a cost-effective, scalable solution to the increasingly connected car.

According to ABI Research, Ethernet penetration in new vehicles will grow from 1% in 2014 to 40% in 2020, quickly becoming the technology of choice for some of the biggest OEMs.

Assisting connectivity where others can’t

‘Connected car’ is an umbrella term used to encompass many elements of in-car connectivity, but in reality, the phrase refers to everything made possible by an in-car LTE connection, from infotainment to assisted vehicle technology and full autonomy.

There are currently as many as nine proprietary automotive networking specifications including LIN, CAN/CAN-FD, MOST and FlexRay.

These standards offer relatively low bandwidth and performance compared to Ethernet, which enables an open, high-performance network for powering in-vehicle infotainment and ADAS, improving the ability to share data from a common source to the entire network. One of the main advantages of Ethernet is that is can run alongside standard vehicle cables used for other in-car networking technologies, and requires no extensive fitting procedure, saving cost.

“The emergence of drive-by-wire, the explosion of in-vehicle sensors for ADAS and automated driving, and the adoption of connected infotainment, poses new challenges for in-vehicle networking technologies in terms of cost, bandwidth, cable harness weight, and complexity,” said ABI Research Vice President and Practice Director, Dominique Bonte. “Ethernet is now being considered as a replacement for legacy bus protocols such as MOST and FlexRay by car OEMs including BMW and Hyundai.”

Megatrends spoke to Timothy Lau, Associate Product Line Director, Connected Car at Broadcom, who explained the benefits of in-car Ethernet to aid connectivity speeds. Lau said, “The technologies available today offer very low performance in terms of overall throughput or bandwidth for network applications. For instance, CAN and LIN bus only support up to 2Kbps bandwidth, and FlexRay can go up to 10Kbps. Ethernet supports up to 100Mbps.”

As the connected car develops, the vast amount of data generated undoubtedly requires improved processing techniques and technologies. According to Mario Mueller, BMW’s Vice President of IT Infrastructure, in 2012, BMW had around one million connected cars on the road, generating over one million data requests daily. The company now has three million connected cars on the road, and beyond 2018, it expects to have 10 million connected cars generating over 100 million daily data requests, equivalent to 1TB of data every day. Sarwant Singh, Senior Partner, Frost & Sullivan recently discussed increasing data and the need for an improved coping method in an Automotive Megatrends webinar entitled ‘The Internet of Cars Part 1 – Big Data’. He said, “The fourth-generation BMW 7 Series uploads 81Mb of data in ten hours, but thanks to Ethernet, the fifth generation 7 Series takes 20 minutes to upload 1 gigabyte of data, showing just how effective this technology can be to manage the vast levels of data management required.”

BMW sees the importance in taking the technology one step at a time to ensure reliability and use of Ethernet. A BMW ConnectedDrive spokesperson told Megatrends, “To introduce a new in-car networking technology is a major change for car manufacturers as it represents a crucial infrastructure for a vehicle’s smooth functioning. To ensure the best quality for customers, it is therefore advisable to start small, that is, to connect only the cameras to the optional surround view system electronic control unit (ECU) as in the X5, and extend to more models and electronic control units from there.”

Many OEMs are now focusing their research towards the autonomous vehicle, which requires organisation of millions of lines of data – a strong case for Ethernet inside the car. Lau said, “You need to be able to take data and send it very quickly to the ECU that is making decisions on what the car needs to do to react to that data.”
Deployment of low-cost automotive Ethernet also means that high-end features such as infotainment and ADAS features such as surround-view parking and lane departure warning can be deployed in a much broader range of vehicles, beyond just very high end models.

BMW recently commercialised Ethernet for a 360-degree camera parking assist system based on Broadcom’s BroadR-Reach technology, the first OEM to use the technology in a vehicle. The car uses single-pair twisted wire, 100Mbps Ethernet to connect its driver-assistance cameras.

A BMW spokesperson told Megatrends, “Ethernet-based in-car networking harmonises the communication concepts inside the car with communication concepts used outside the car. This makes it easier to integrate a car as a node into the worldwide communication network. Environmental information gathered from outside a car including other cars can thus be gathered more readily. Also, data rate limitations are fewer inside the car and real-time information exchange will be supported. However, already today autonomous driving is technically possible. The main challenges in the way of autonomous driving are more in juridical and customer acceptance domains.”

While the industry has only witnessed the first applications of in-car Ethernet, it is the next logical step to consider Ethernet for other in-car applications.

“Ethernet could be the catalyst for bringing the automotive industry a step closer to connected vehicles,” says Frost & Sullivan Senior Research Analyst, Divya Krishnamurthy. “With its capability to simplify the networking architecture, higher uptake rates are expected in the near future.”

The importance of standards

As demonstrated by the BMW X5, large OEMs and technology providers are collaborating to encourage wide-scale adoption of Ethernet-based networks as the standard in networking applications.

Broadcom has helped set up the OPEN Alliance special interest group (SIG) to promote BroadR-Reach as a de facto automotive Ethernet standard. The OPEN (One-Pair Ether-Net) Alliance now has over 200 members after being founded in 2010 by BMW, Broadcom, Freescale, Harman and Hyundai.

The alliance is beneficial to Broadcom and other companies pushing automotive Ethernet as it expands the use of the technology in cars. Lau said, “The automotive industry always wants standardisation when it comes to implementation of advanced technologies. They want to ensure their multiple suppliers, sources, and healthy competition to ensure that additional feature sets and innovation continues to happen in the industry.”

Lau explained the OPEN Alliance helps fulfil a desire from OEMs to have stability of supply to ensure pricing stays competitive, along with driving innovation. He said, “Different manufacturers continue to innovate on this technology, driving things like lower power, smaller size, and overall innovation.”
“It is also indicative that OEMs such as BMW, Hyundai, Jaguar Land Rover, General Motors, Honda, and PSA Peugeot Citroën are also part of the OPEN Alliance,” said Frost & Sullivan’s Krishnamurthy.

As the connected car evolves, so too do concerns about network security. By leveraging automotive Ethernet as the network backbone, however, network security features such as message authentication and encryption protect the car from malicious attacks, eavesdropping and the installation of non-service-approved devices.

Andreas Mai, Director Smart Connected Vehicles, Cisco, confirmed to Megatrends that, “In the future, Ethernet will play a very important role, not just for infotainment but for ADAS and autonomous vehicles specifically.”

Mai emphasised the importance of having efficient and secure communications in the connected car that cannot be established with the traditional CAN network. He continued, “If you look at security specifically, the CAN network doesn’t have enough capacity to carry the encryption overhead necessary to carry and protect messages effectively. From both angles, performance and security, we see a role for Ethernet in the eco networks.”

Lau agrees safety is always a major concern when operating with low bandwidths, and argued it is also becoming a requirement from a consumer perspective. He said, “Consumers are looking for increased safety requirements in their vehicles and anything that can contribute to increased vehicle safety will be of interest.” Lau especially attributed these consumer demands to the increasingly popular vehicle-to-infrastructure benefits, and how they will continue to drive the additional need for higher bandwidth in the car.

A bright future for Ethernet?

Despite the first automotive applications of Ethernet now in the market, Ethernet has not yet achieved widespread industry backing. Lau explained his perception of certain geographical trends that have emerged so far: “My sense is that the entire automotive industry is interested in Ethernet for vehicle networking in their next generation vehicles, but I notice that vehicles today that have implemented or embraced a lot of the digital networking technology, seem to be in geographic areas that embrace BroadR-Reach Ethernet first.”

As for future market expansion, Lau continued, “Europe is in the lead in adopting the technology right now, but very quickly, Japan, Korea and other areas will be implementing these types of very advanced systems at a low cost.”

There is no limit to the data rates needed in the connected cars in the future, and already today there are specific applications in cars for which the transmitted data rate exceeds 100 Mbps. As more challenges arise for the connected car, and growing amounts of data needs to be managed, automotive Ethernet becomes even more of a viable option to solve those problems.

This article was first published in the Q2 2014 issue of Automotive Megatrends Magazine. Follow this link to download the full issue 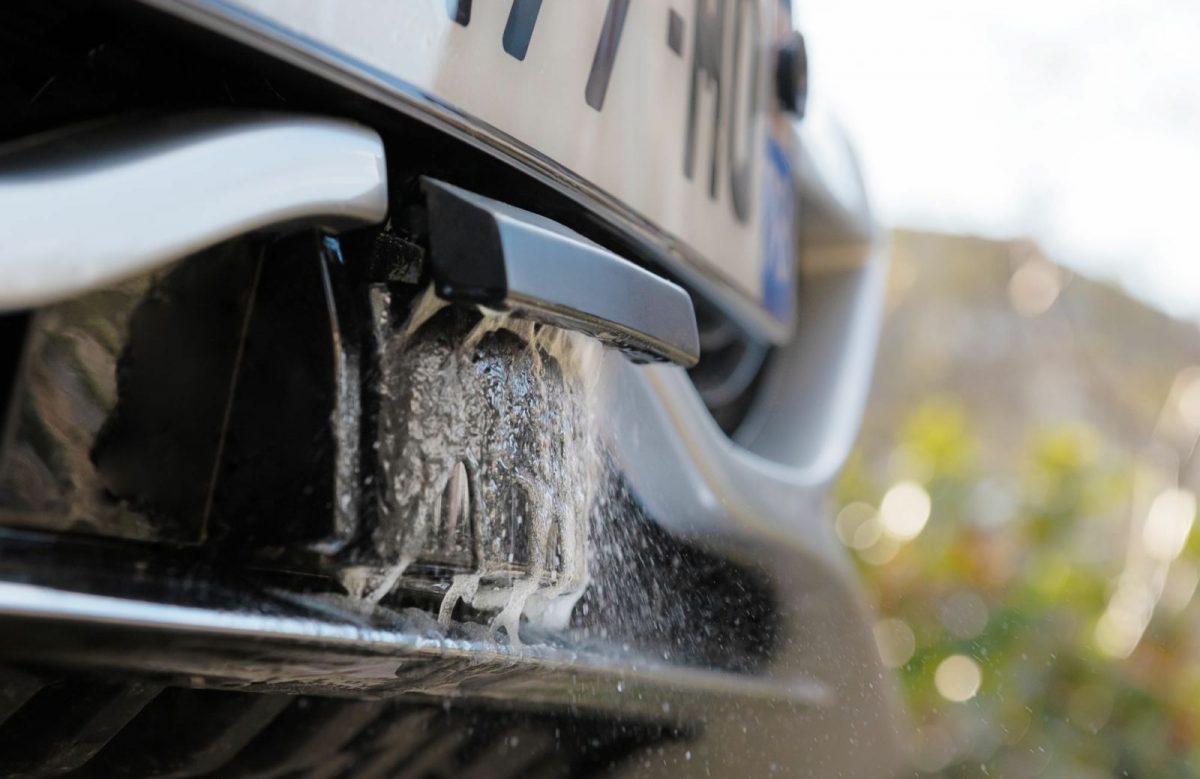 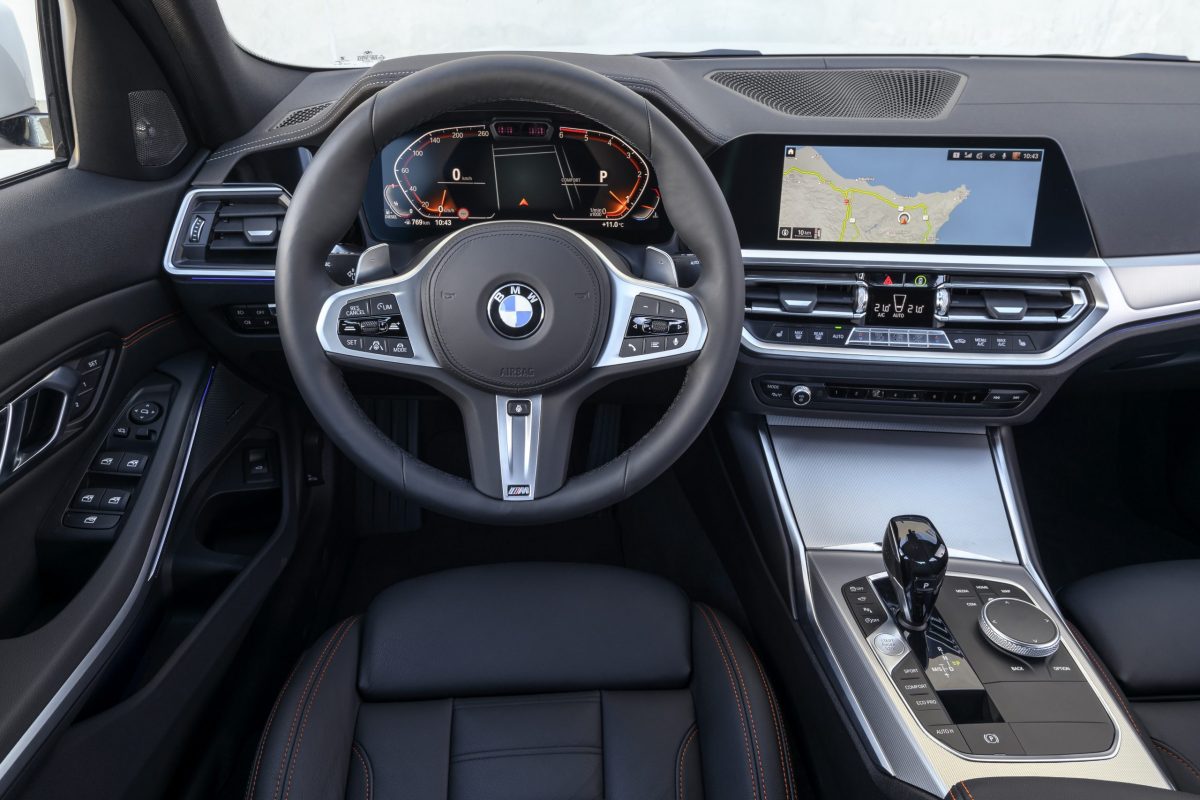