The successful transition to AVs will depend on improved data use, enhanced AI, and industry investment. By Christopher Dyer

With the cost of fuel and labour continuing to increase, industry players are searching for more efficient last-mile delivery solutions. Light goods vehicles (LGVs) are increasingly depending on electric powertrains to make deliveries carbon neutral, led by new arrivals such as Volta and Arrival. However, manufacturers are also gradually investing in autonomous technologies. A 2021 study by EY found a 15% average increase of investment year on year in the technology, projecting autonomous trucks to be on the road by 2030.

The industry is already seeing the effect of this in new Advanced Driver Assistance Systems and AI systems being integrated into new LGVs, such as those being developed by Arrival which uses cloud data processing, as well as AI processing to independently plan better routes for deliveries. Swedish manufacturer Einride is hoping to capitalise on the growing interest in autonomous vehicles (AVs) fostered by these brands, presenting its own fully automated last-mile delivery truck, the Pod, in May 2022 at a press event. Einride hopes multiple Pod vehicles could make for a more efficient use of space and energy, and an improvement to delivery times, all the while reducing costs.

Richard Peberdy, KPMG UK’s head of automotive and mobility, argues that for AVs to successfully corner the urban logistics market, “they must be able to operate at a cheaper cost than current options and be smaller than currently available commercial vehicles to make their adoption a rational decision for fleet managers.” He went on to highlight that AVs will also require more advanced development over a longer period of time, making the value proposition ultimately dependant on whether fleets and manufacturers alike can continue to support them. “They could solve critical issues for urban logistics, such as high emissions levels and the reliance on large, bulky vehicles. However, their development and long-term impact remains dependent on the strength of their adoption.”

A 2021 study by BNP Paribas found that adoption of AVs by fleets is likely to be facilitated in the near future by increasing limitations placed on the types of vehicles allowed in highly urbanised areas. The study also highlights that many more major European cities are looking to introduce new restrictions of the size of vehicles entering cities. This is already beginning in the UK, where the city of Bath has banned medium and heavy goods vehicles from its centre. “This is where small, last mile AVs will come into their own,” says Einride Chief Executive Robert Falck. “We anticipate the industry witnessing a seismic shift, with LGVs becoming smaller in form factor, as well as efficient and sustainable through electric powertrains. AVs are an increasingly attractive option to maximise the effect these qualities could have on the way fleets deliver goods in the near future.” Falck suggests that as more fleets are forced to adopt electrified alternatives, last mile deliveries will inevitably become autonomous, “not only due to the savings they could have on labour and energy efficiency, but through the sheer number of vehicles that a cloud-based operating system could support and update in the longer term.”

Einride also asserts that as more AVs come to market, a homogeneous cloud-based operating system is essential to shifting dependence away from onboard hardware and improving the overall energy efficiency of vehicles.

AVs could solve critical issues for urban logistics, such as high emissions levels and the reliance on large, bulky vehicles

Linnéa Kornehed, Co-founder and Chief marketing officer for Einride, agrees. Software ecosystems are a growing part of the urban logistics landscape. Fleets and logistics operators are already utilising predictive analytics, automation and AI for inventory management, distribution networks and supply chain optimisation. Public highways are also beginning to see this in the integration of Big Data, cloud computing and enhanced interconnectivity. Keeping up with this accelerating development is essential, says Kornehed. Smart cities are already a feasible possibility and with more systems gaining the capability to talk to one another, allowing for a smoother and more effective integration of this technology into AVs allows them to be future proofed for longer.

This is why, alongside its Pod AV, Einride has also announced its new Saga software platform. Kornehed commented the cloud software platform was “the next step in the digital evolution of our operating platforms and ultimately where we believe to be the most extensive area of development likely in the near future.” At the heart of its operation, says Kornehed, is the role of data and the way it is managed. “We are witnessing a trend across the industry where data use for AVs is being limited without the safeguards in place that necessitate these restrictions.” As a result, Einride has built its systems from the ground up using a more open and transparent ecosystem,  allowing users to track and control how their data is used and where it’s going. “It is the first ecosystem that goes beyond the transportation management system,” she said. “With constant streams of commercial data, the software will continue to strengthen and expand its capabilities overtime, allowing freight fleets to witness their vehicles get smarter, the more vehicles they use.”

Peberdy argues that this is a growing trend already underway in the industry, warning that start-up companies like Einride “are only the beginning.” He went on to say that “fleets are beginning to see more profitability in eliminating the human side of last mile deliveries.”

With suppliers and manufacturers increasing investment into AVs, Peberdy argues that their introduction to the freight industry is inevitable. Environmentally, AVs are better options for urban logistics as nearly all manufacturers offering autonomous driving utilise electrified platforms. Additionally, without a human operator, manufacturers can reduce the size of a vehicle’s wheelbase and maximise the amount of space available on-board for cargo. The introduction of cloud-based operating systems also provides an opportunity for manufacturers to future proof their vehicles, ensuring that AVs could have a longer life in the urban logistics field than current diesel internal combustion engine alternatives.

“However, it will take more time to be widely used by commercial fleets,” says Peberdy. “[Manufacturers] will look to expend as much profit from their current fleets before adopting any new vehicles.” AV adoption also remains inhibited by the economics of current fleets. “It doesn’t make sense for them in the short term to use AVs until the technology becomes more cheaply available and more profitable to run en mass,” Peberdy went on. As a result, while some may begin to explore the use of AVs at a smaller scale, the industry will remain human-led for a while longer. 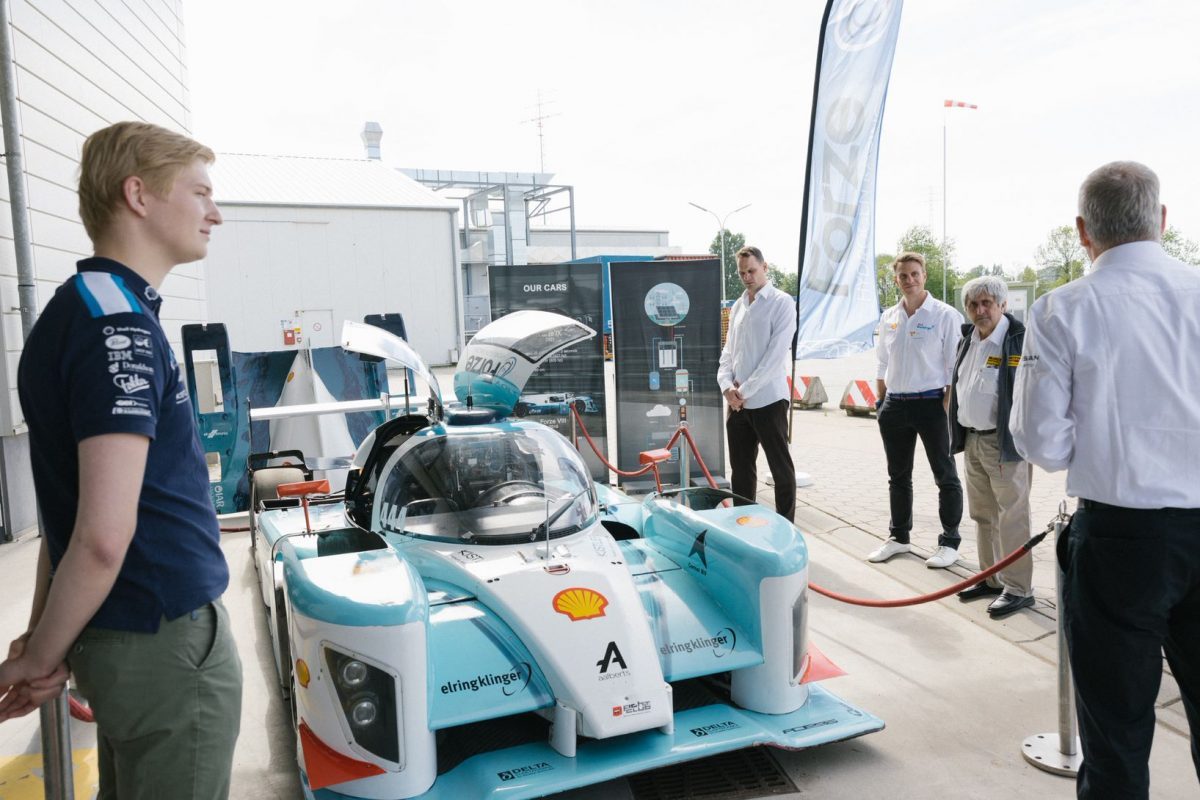