Multimodal mobility is a transportation revolution

Multimodal transport—the integrated use of several different forms of transport—will shape our travel, cities and even society for the decades to come.

As car ownership passes its peak, urbanised millennials opt for new forms of transport, and shared and autonomous mobility kick in, a new way of commuting and travelling will emerge. Smart infrastructure and transportation will respond to real time traffic, and a network of robo-taxis, electric shuttles, e-scooters, e-bikes, and even flying taxis will carry passengers to their destinations as quickly, cheaply and greenly as possible. This will have significant consequences for society, for automotive manufacturers and for the freight transportation industry in the future, and render many of today’s business models obsolete.

Why is this happening?

Many high-income countries have passed the peak of car ownership, according to a range of indicators. Car sales globally have begun to drop, including in the US and the EU and data from the US Census Bureau shows that in 2015, for the first time on record, the proportion of households without cars has increased. Studies have found a generational aspect to this change: over the past 30 years, all age categories in the US below 50 have a seen a drop in the proportion of licensed drivers, and the age group comprised of 20-24 year olds has over 15% fewer licensed drivers.

There has also been a revolution in new forms of shared mobility, and these have a significant role to play in multimodal mobility. The most common example is ride-sharing apps, which have grown their user base to over 500 million people in a mere decade. These have eclipsed conventional taxis, especially in large cities such as London and New York. Another novelty is the fact that e-scooters and e-bikes now populate our streets. Over 84 million rides were recorded on these shared mobility platforms in 2018 in the US alone. Although business models and profitability for these shared mobility companies are still evolving, the market for e-scooters is expected to double by 2030.

Driverless technology is another colossal change; although development has been slower than some expectations, driverless cars can now be found trialling in a multitude of major cities, including San Francisco, London, Las Vegas and Miami amongst others. This technology has profound consequences for multi-modal transport; a variety of concepts, from robo-taxis to shuttle buses, could provide cheap and on-demand transport anywhere in a city. This exemplifies the idea of transport as a service, rather than a product. Autonomous driving also has significant consequences for the freight transportation sector. This includes truck platooning, where convoys of trucks follow a lead vehicle, resulting in increased aerodynamic and traffic efficiency.

COVID-19 has had a significant impact on the transport and automotive sectors. Apart from a predicted yearly fall in global car sales of 22% in 2020, cities such as London are preparing for a potential ten-fold increase in cycle traffic, while in New York bike use is up over 50%

Another change is the integration of transport services and AI. The applications of AI to transport planning are already growing in terms of city-wide traffic management; Transport for London (TfL) already has an AI-based Travel and Transport Management System. Moreover, once almost every car, e-scooter and bus in the city is connected to a single network, AI could also be used to plan routes spanning two or even three methods of transportation, according to the traveller’s priorities and external events such as traffic jams. Data about transport usage patterns can then feed into city planning, leading to an ever-adapting, multimodal, city-wide transport service.

This trend has also entered the freight transport sector, with innovations such as digital freight brokerage, online marketplaces where shipping companies can find truckers through apps. This allows more flexible and multimodal transport of goods, as getting a truck to pick up goods from a boat or train becomes far easier, especially when such systems are organised by artificial intelligence.

On top of all these changes, COVID-19 has also had a significant impact on the transport and automotive sectors. Apart from a predicted yearly fall in global car sales of 22% in 2020, cities such as London are preparing for a potential ten-fold increase in cycle traffic, while in New York bike use is up over 50%. It is highly feasible that some of these usage patterns remain once lockdown has ended. Already, London, Milan and Seattle are making new bike lanes permanent. On the other hand, some forms of shared transport, such as ride-sharing and public transport, have suffered significantly under lockdown.

There has been a revolution in new forms of shared mobility, and these have a significant role to play in multimodal mobility. The most common example is ride-sharing apps, which have grown to over 500 million people in a mere decade

However, one of the likely lasting effects of COVID-19 will be the flexibility with which users view transport options, and thus could accelerate the establishment of a multimodal, shared and connected mobility model.

Who will multimodal mobility affect?

The impact of multimodal mobility on society is hard to underestimate. There are more obvious consequences, such as cheaper travel; a significant share of the current ride-sharing costs go to the driver, which will disappear with autonomous vehicles. Travel will also become greener, due to the more efficient use of vehicles and public transport, as well as more efficient planning, with integrated city transport systems diverting commuters away from busy stations, or intelligent traffic lights shortening wait times.

As mentioned before, multimodal transport will also affect freight transportation, with expectations of reduced transit waiting times and documentation as well as lower costs. There are a number of exciting concepts that arise in this sector, from self-driving stores that go straight to customers, to using drones for “last-mile” deliveries. Freight transportation will also have to adapt to some challenges, such as the pedestrianisation of cities. Paris, for example, has been setting up major city logistics hubs around rail network nodes and along the Seine, in preparation for the day when road-based distribution is no longer possible in the city.

Multimodal transport—in its interconnected, autonomous, electrified and shared state—is set to revolutionise how we understand transport, especially in cities

Automakers, in particular, face a number of challenges from multimodal mobility, as well as opportunities. Most automakers centre their business models on the products they make, which will suffer when faced with falling demand and the shift to transportation-as-a-service.

In addition, they will have to market their cars differently—firstly by appealing to the ride-sharing drivers and companies (who care more about fuel economy, for instance), and secondly by increasing the differentiation of their product. It is generally accepted that people are much less interested in what car their taxi is than the car they own, so focusing on the interior design and infotainment will be all the more crucial to standing out. This is especially true for luxury car brands, who will have to work on differentiation and name-recognition so that customers are happy to pay extra to ride in such vehicles.

In conclusion, multimodal transport—in its interconnected, autonomous, electrified and shared state—is set to revolutionise how we understand transport, especially in cities. The freight transportation sector is likely to see a number of significant innovations, while society as a whole will see lower costs and waiting times. Automakers and their supply chains in particular should pay attention to the drivers of this change, and how they can adapt their business model to thrive in a transport-as-a-service environment.

About the authors: Christoph Domke is Senior Director – Clean and Smart Mobility Lead and Quentin Potts is Clean Energy Consultant at FTI Consulting 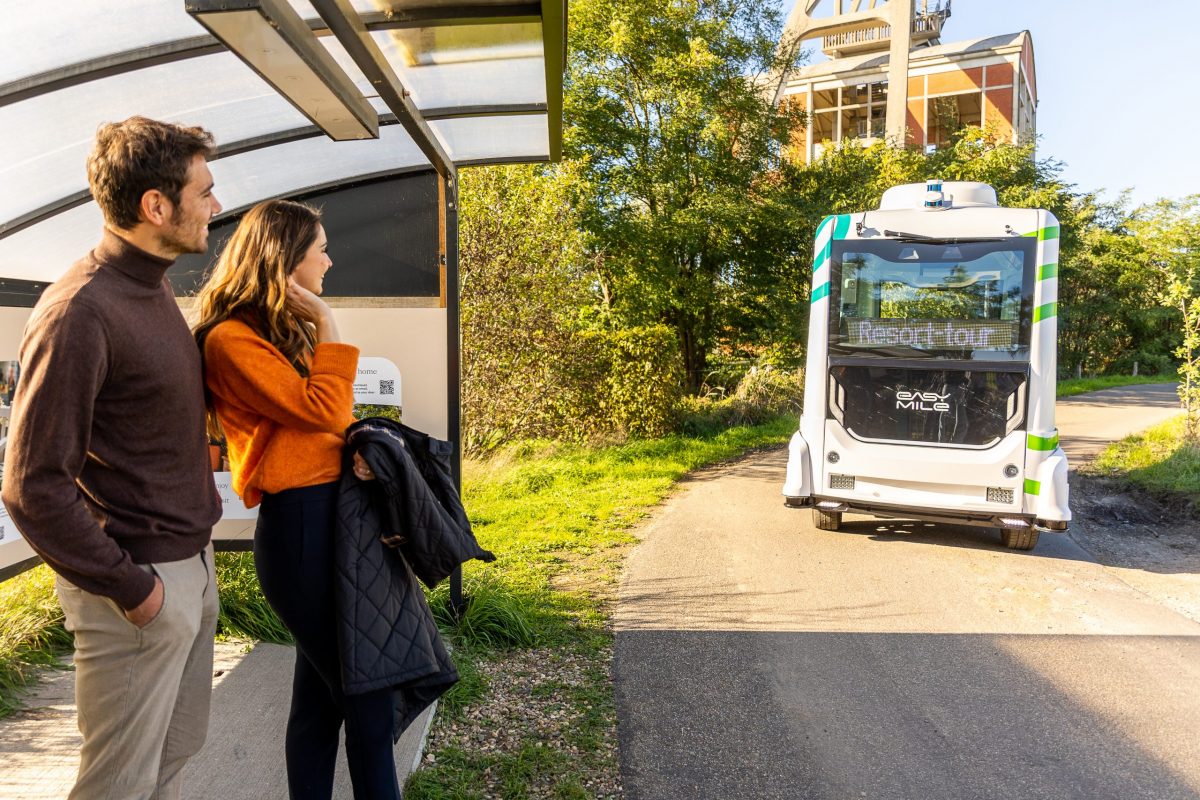