Home › Articles › COMMENT: How to get ahead of the curve with autonomous technology

COMMENT: How to get ahead of the curve with autonomous technology

The UK government recently put out a ‘call for evidence’ regarding autonomous vehicle (AV) technology, specifically Automated Lane Keeping Systems (ALKS), suggesting a move towards regulation. So how close are we to seeing self-driving cars on Britain’s roads?

Depending on the evidence received, the Department for Transport could allow ALKS technology to be rolled out in the UK in the not-too-distant future, and it is possible that other AV technologies could follow. Some industry experts believe that the most sophisticated Level 3 (eyes off), Level 4 (attention off) and Level 5 (fully autonomous) technologies could be available on new vehicles from as early as 2024. Before permitting the use of such technologies, however, a process of industry standardisation is likely to be required, ensuring that specific safety criteria are met.

ALKS technology sits at Level 3 of the self-driving scale, as defined by the Society of Automotive Engineers (SAE), and it is not currently permitted on UK roads. While the technological know-how for such systems was developed several years ago, safety concerns shared by motorists, and even some manufacturers, have delayed its deployment around the world. In 2018, Audi announced plans to make Level 3 semi-autonomous technology available on its fourth generation A8 model. However, despite developing its proprietary technology, known as ‘Traffic Jam Pilot’, the roll out has not gone according to plan, primarily due to a lack of regulatory consensus. In April 2020, the automaker was forced to abandon plans to enable the technology for vehicles intended for sale in Europe.

To facilitate the safe and controlled introduction of autonomous vehicle technologies, regulatory authorities around the world must put in place clear and well-defined legal frameworks

In the US, partially-automated vehicles, with SAE Level 3 technology and above, are already in use on certain defined routes, but examples are still few and far between. Alphabet’s Waymo, a leading innovator of self-driving car technology, recently launched a new robotaxi service, complete with Level 4 autonomous tech, to members of the public in a closely-monitored area of Phoenix, Arizona. The technology has been tested under Waymo’s Early Rider programme since 2017. General Motors has also announced plans to remove back-up drivers from its driverless cars in San Francisco. Elsewhere in the US, a number of pilot projects involving partially automated trucks are also underway. For example, Daimler Trucks and Torc Robotics have recently begun road testing automated truck technology on public routes in Virginia.

A major barrier to take-up of AV technology remains consumer perceptions. A number of accidents, some unfortunately ending in tragedy, have heightened concerns that driverless vehicles might not be suitable for mainstream application, particularly on rural roads, or in areas of high traffic density. Nevertheless technological developments are still underway, for example, Uber’s Advanced Technologies Group remains focused on launching its autonomous ride-hailing service in small city areas, but only with a human driver or ‘mission specialist’ onboard and ready to take the controls if necessary.

Innovators of AV technologies have been working hard to find ways to allay safety concerns. Many vehicle manufacturers already have the technological capability to make self-driving cars but are unwilling to mass produce them due to a lack of regulation. In some cases, technologies are being refined by testing them in confined areas, away from public roads. However, some developers believe that trials must take place on public roads, in order to learn from the way pedestrians and other drivers behave, facilitating the development of better, more reliable AI-enabled systems.

With developers ready to test technologies on public roads, it no longer makes sense to put off regulation in this area

A number of new and improved safety features that integrate with self-driving cars have recently come to light. For example, vehicular communication protocols such as V2V and V2X are able to communicate hazards detected by one vehicle to another, or to a traffic noticeboard. Volvo’s Hazard Light Alert system, which has European patent protection (EP23683846), is an example of similar technology in action. In this case, the technology is capable of relaying information about possible safety risks to other vehicles in the event of a collision.

It may also be possible to address safety concerns by phasing the introduction of some Level 3 technologies, such as ALKS; making them available for use in certain limited situations. For example, if travelling at less than 15 mph in a traffic jam, the motorist could allow the vehicle’s onboard computer to take control; moving forward slowly whilst keeping a safe distance from the vehicle in front. Further integration of Level 3 technology could allow for its use in smart motorways. For example, it could enable a vehicle to communicate with the surrounding infrastructure in order to ease congestion. Nokia has already declared an interest in the development of these high-tech systems.

An analysis of AV patents, published by the European Patent Office in 2018 showed that patent application filings related to automated driving increased at a rate of 20 times faster than other technologies. This trend has also been seen in other patent offices with a study published by WIPO showing an annual increase of 42.2% in filings for AI-based inventions in AVs. These studies indicate that innovation in this field of R&D has not yet matured. Depending on the outcome of the UK government’s call for evidence, and any subsequent decision to regulate for the use of specific autonomous vehicle technologies, some of these patented technologies could become ‘standard essential’.

The commercial rewards for innovators that own standard essential patents could be significant. Once technologies become part of a new standard, manufacturers would need a licence to use them on their production lines. In a bid to circumvent such on-costs, many of the incumbent automotive manufacturers have chosen to collaborate with tech-led innovators, hoping that the fruits of their collaborative R&D programmes are adopted by policymakers for inclusion in any new standards. Importantly, owners of standard essential patents could also have a say in any future legislation.

While it is impossible to predict what any new standard might look like, an analysis of published patents by the European Patent Office (EPO) shows that there are some frontrunners when it comes to emerging dominant technologies. Leading the race to standardisation, with the greatest number of patent filings relating to AVs, are global technology companies including Samsung, Intel and Qualcomm. Of the players in the traditional automotive manufacturing space, Bosch and Toyota are leading the field.

To facilitate the safe and controlled introduction of autonomous vehicle technologies, regulatory authorities around the world must put in place clear and well-defined legal frameworks. In Europe, organisations such as Germany’s PSI Automotive & Industry and the UK’s Centre for Connected and Autonomous Vehicles (CCAV) are already working with industry to inform this process and pave the way to standardisation.

AV technology is already well developed and, in some cases, could be enabled on existing models as soon as the time is right. With developers ready to test technologies on public roads, it no longer makes sense to put off regulation in this area. Progress is coming and road users, manufacturers and policy makers must be ready. 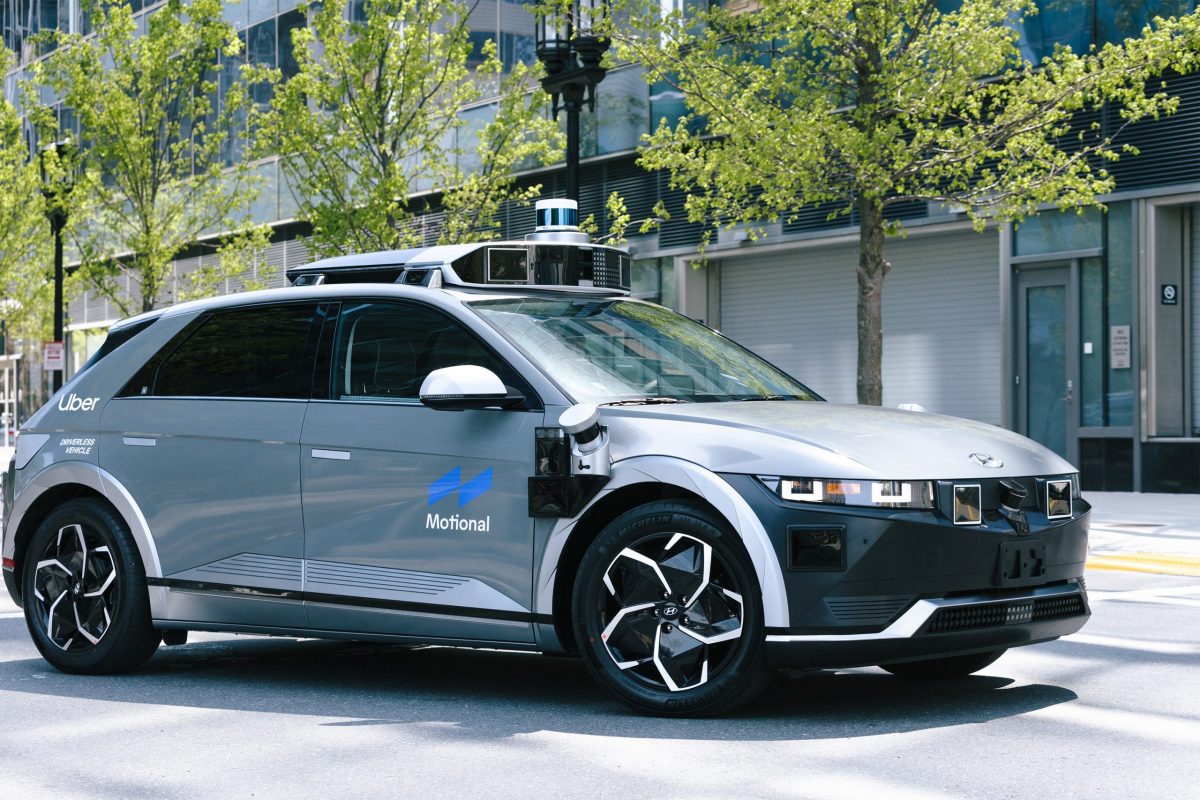