European truckers, in general, have lagged in the adoption of fleet management technology, which has delivered significant cost benefits to their US counterparts. Within Europe, transport/logistics companies from the established economies have been quicker in realising the technology’s potential, evident from a greater adoption rate (up to 20% in case of Germany) as compared with those based in the developing/emerging economies of Eastern Europe. 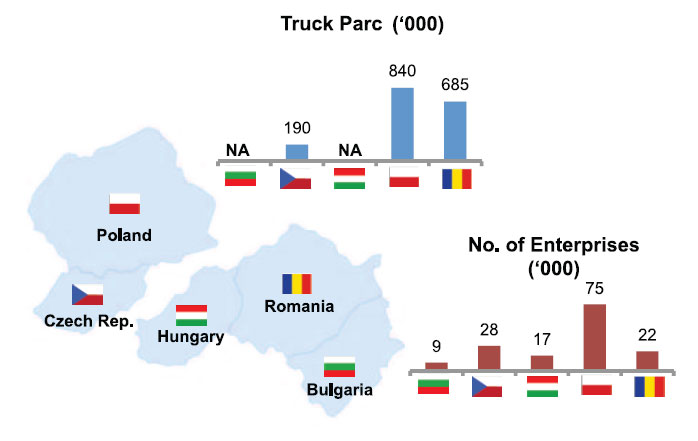 In recent years, there have been signs that Fleet Management System (FMS) adoption in Eastern Europe (EE) is about to gain momentum. According to Berg Insight, the current growth phase of the FMS market in the CIS and EE countries is likely to achieve about 15.7% annual growth in the number of fleet management systems during 2013-2018, to reach 5.9 million units.

FMS is not new to Eastern Europe. The increasing presence of major logistics companies in the region, intra-Europe inland trade, and the spread of IT helped in introducing technological innovations to local trucking companies. However, perhaps due to the structural makeup of the trucking industry in the region, FMS adoption remains low.
Perhaps driven by a renewed focus on operational efficiency and amplified by the economic slowdown, trucking companies in EE are looking at various cost reduction measures as well as trying to add value to their operations. FMS is clearly one of the more innovative solutions being looked at.

Given the circumstances, it would be interesting to see how the FMS market landscape evolves in terms of the practices adopted by fleet owners in EE. What best practices will be carried over, taking cue from successful companies in Europe (including those which have already adopted the technology in EE)? Will it be aimed only at cost reduction, or will fleet owners try to add value to their operations?

What FMS systems are available to EE truckers? 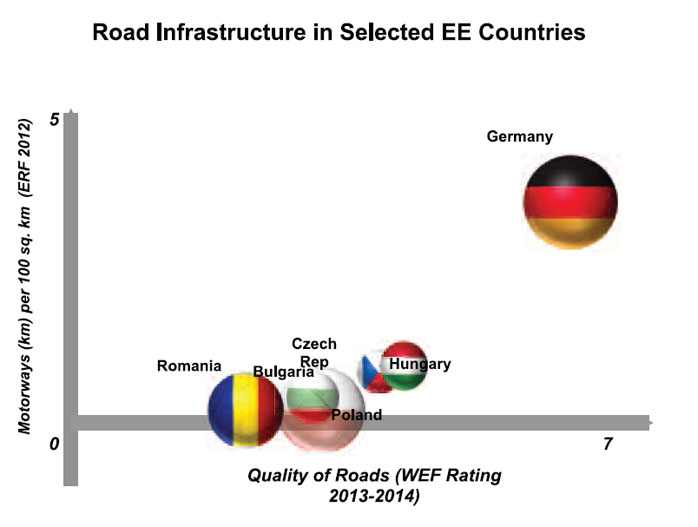 From the point of view of FMS systems, EE truckers have access to OEM supplied systems and those available in the aftermarket. Manufacturers, such as Scania (Communicator system), Mercedes-Benz (FleetBoard), Volvo (Dynafleet), and MAN (TeleMatics) are already offering factory-fitted truck models.

Several aftermarket FMS suppliers are operating in the European market, including Masternaut, TomTom Business Solutions, Digicore, Trimble, and Transics. The French telecom company Orange also offers SIM-enabled fleet management solutions available through its network.
Examples of C.S. Cargo and Duhabex are not sufficient to make definitive predictions; however, they give a sense of the direction towards which the FMS market in EE is likely to head. While C.S. Cargo’s acquisition was a result of the requirements for servicing a particular client (which warranted purchase of a specific type of heavy commercial vehicles), Dunabex’s decision reflects the general trend among EE truckers to acquire FMS for their existing fleet.

This general trend followed by companies such as Dunabex is driven by the hope of improvement in the economic situation in the region, which is likely to drive an expansion of trucking fleets, with possible inclusion of vehicles having FMS installed as a standard feature. Others may prefer to enhance the operational efficiency of the existing fleet with aftermarket FMS solutions. Within the aftermarket FMS offerings, subscription-based services are more popular than stand-alone solutions due to their low cost of ownership. EE trucking companies, especially the smaller ones, have a chance to jump the learning curve, as FMS-related services are now transitioning to mobile web-enabled platforms.
Role of trade and road infrastructure in FMS adoption

Over the years, FMS technology has evolved from a basic GPS-based tracking service to preventive maintenance, fleet planning, order management, training, etc. The state of road infrastructure of a country can influence the decision of domestic transporters not only regarding FMS adoption but also with respect to the prioritisation of its functional requirements. For instance, while the route-optimisation function may not be optimally-used due to lack of road network, preventive-maintenance function may prove to be useful in a country with bad road quality. 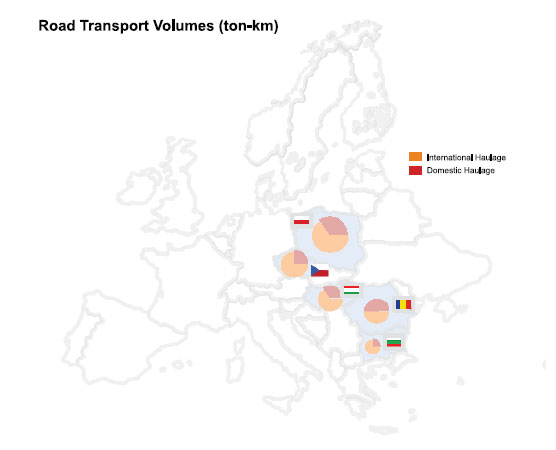 The Global Competitiveness Report (2013-2014) clearly states that the quality of roads in most EE countries is not up to global average standards. Countries such as Romania (2.1) scored well below the global mean of 4. EE countries also lag behind their western counterparts in terms of road (motorway) density. While the Netherlands and Germany boast of about 7 km and 3.5 km roads per 100 sq. km respectively, Poland (0.2 km) and Romania (0.2 km) are far behind in comparison. However, the situation is improving, with governments investing in road infrastructure. Poland and the Czech Republic lead with an average (2009-2011) spend of €2m (US$2.5m) per 100 sq. km.

The figure above shows the vast difference in the quality and density of road infrastructure between Germany and EE countries. Backed by good road infrastructure, FMS could be a tool to add value to the German trucking companies’ operations; however, for EE truckers, the absence of good road infrastructure can be a motivation to improve productivity levels through FMS. According to a report published by McKinsey in 2013, Central and Eastern European truckers’ productivity (8 km per hour worked) was way behind the EU levels (13 km per hour worked), and sustained investment on roads can help in bridging this gap.

The haulage pattern of a country can also influence FMS adoption within EE. Except for Poland and Romania, other countries’ international trade is more than double the domestic trade. More than 60% of the overall international road haulage by EE countries is under bilateral trade, followed by cross trade (e.g. a truck registered in Poland transporting good between France and Germany) at about 20-35%. The large volume of international trade by road transporters means trucks operating in international boundaries, which in turn poses greater challenges with respect to fleet management.

Proportionally higher international trade in the case of any country may not necessarily mean greater utilisation, which is dependent on the commercial vehicle parc size and the absolute trade volumes for the trucking companies operating from there. For instance, due to a lesser ratio of trade volumes to truck parc, Romanian trucks are more likely to remain underutilised, as compared with their Polish and Czech counterparts. This limits the utility of FMS for them.

There seems to be a perceptible requirement for FMS solutions in Eastern European countries, depending on various domestic variables, such as trade volumes and infrastructure. It is a matter of how different FMS products are positioned in each of these countries. Poland represents an attractive case for FMS on account of its already established FMS market and better scope (vehicle parc and trade volumes). Frost and Sullivan research also found it among the countries with relatively higher FMS penetration (about 9% as of 2010). Constrained by poor domestic infrastructure, truckers from countries such as Romania (almost equal domestic and international haulage volumes) may look for other avenues to improve productivity.

This article appeared in the Q4 2014 issue of Automotive Megatrends Magazine. Follow this link to download the full issue. 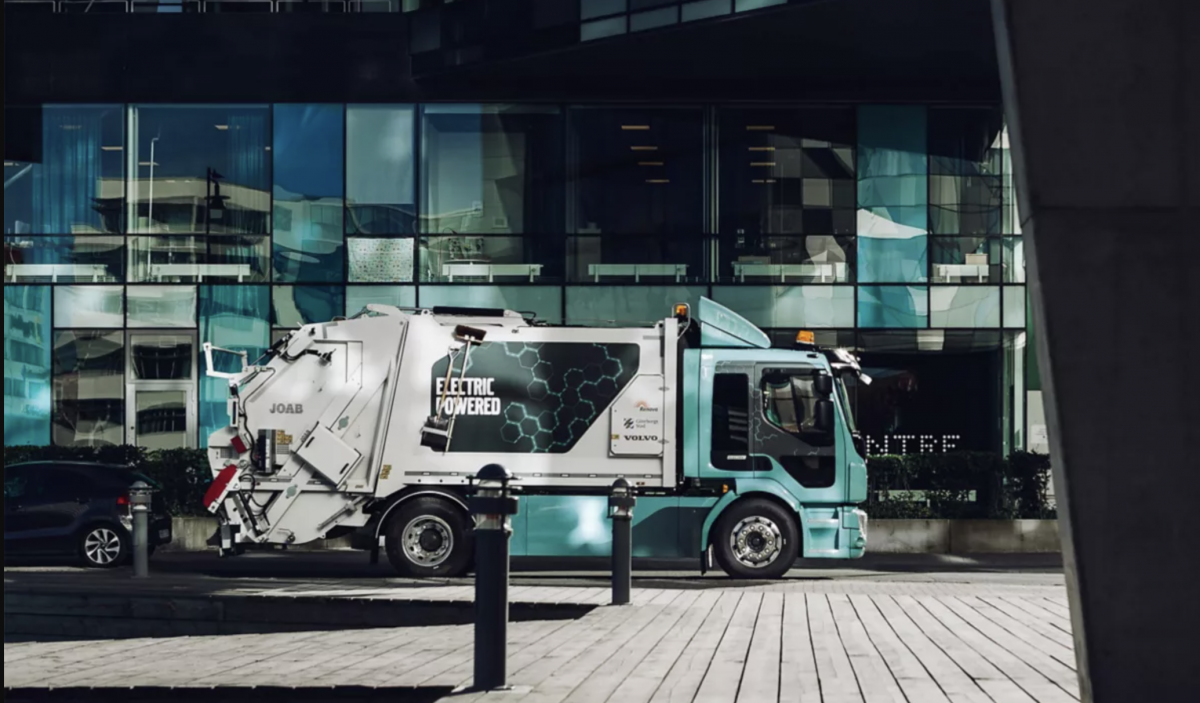