Home › Articles › What is limiting the autonomous driving rollout?

What is limiting the autonomous driving rollout?

Taking the technological world by storm, autonomous driving technology has proven to be immensely beneficial to society. Although a relatively new innovation, it is apparent that the rise in autonomous vehicles (AVs) will be accompanied by a host of benefits. AVs are projected to reduce air pollution by up to 60%, cut travel time by as much as 40%, and reduce traffic accidents and casualties by as much as 90%.[1] In addition to being a massive asset to the general public, the AVs used in transportation and delivery services are bound to benefit businesses by decreasing transportation costs.

Several companies—Waymo, Tesla, Amazon, and Uber—have embraced these potential benefits, adding competition and spurring rapid development. However, while these companies are testing their AVs on public roads, corresponding updates to transportation infrastructure and AV-focused legislation have not yet occurred. These updates are nearly as significant as the technology itself, and present potential constraints on the rollout of autonomous driving vehicles.

Waymo, Tesla, and Amazon are leading the industry’s development of autonomous driving technology. Over the past few  years, Alphabet subsidiary Waymo has been testing its LiDAR sensor-based self-driving technology in Phoenix, Arizona, with significant results: fully driverless vehicles have logged over 70,000 miles on roads since 2019, and its robotaxi service surpassed 100,000 trips last year. Towards the end of 2020, Waymo released a fully driverless ride-hailing service in Phoenix, and has identified several candidate cities for an upcoming launch.

Tesla is focusing on how autonomous technology impacts consumers. Tesla has launched its “Full Self-Driving” mode to a small group of testers in late 2020, with a broader roll-out planned for the second quarter of 2021. Tesla’s Chief Executive Elon Musk has claimed that the technology would be fully capable of autonomous driving by the end of 2021.

Amazon has also invested in several autonomous driving subsidiaries. One such investment is Zoox, a California-based ‘ride-hailing’ service reportedly worth US$1.2bn.[2] Zoox’s all electric, fully autonomous cars are currently being tested in Las Vegas, San Francisco, and Foster City. Another similar investment is Aurora. Aurora has been more secretive about its progress. Although no firm date has been announced, Chris Urmson (former Waymo engineer and founder of Aurora), stated, “Over the next five years, we’ll start to see commercial fleets of autonomous vehicles piloting people and goods. After that, we could start to see broad adoption.”[3] Aurora purchased Uber’s driverless car subsidiary in the first quarter of 2021 to further its development needs.

KPMG’s 2020 Autonomous Driving Readiness Index ranked the US behind Singapore, the Netherlands, and Norway. The index ranks each country’s state of legislation, technology, infrastructure, and consumer acceptance. Singapore, ranked first, published national standards and an AI governance framework. It has also expanded its autonomous driving vehicle testing area to cover one-tenth of its geography. Singapore has some of the highest quality of roads, making it an excellent candidate for AV roll-out. Singapore also budgeted US$4.3m to support AV testing and for building a vehicle charging network.

Norway, ranked third, is also a leading market for e-mobility, with electric vehicles accounting for the majority of consumer vehicles purchased.  It is also second only to Netherlands in terms of a vehicle charging network. Norway’s government has been encouraging AV acceptance by raising the top speed of AVs from 10 to 12mph and passing legislation that gave everyone equal access to AVs, regardless of limitations, such as age.

Need for infrastructure and legislation changes in the US

The US, while ranked fourth by KPMG, ranks second in technology but falls behind in infrastructure and policy considerations. Its infrastructure needs an upgrade. Although Tesla has installed numerous charging stations as part of its vehicle charging network, the US still needs more charging stations compatible with different electric cars, expansive 5G wireless network coverage, improved road quality, consistent lane markings and machine-readable signs, and roadside sensors that can communicate with autonomous driving vehicles. The vehicle charging network is necessary because the majority of the AVs are electric, having a relatively limited range. While 5G offers necessary communication technology, improved 5G coverage is still needed for expansive vehicle-to-vehicle communications that allow vehicles to exchange real-time traffic, route, and road information. Improvements to the roads, markings, signs, and sensors are also required for the autonomous driving vehicles to recognise and react to road conditions and traffic laws.

President Biden’s Bipartisan Infrastructure Framework addresses some of these shortcomings. The plan budgets US$109bn for repairing and rebuilding roads, US$7.5bn for building a national network of electric vehicle chargers, US$65bn for expanding the country’s high-speed wireless coverage, and another US$73bn for upgrading the existing power infrastructure. Passing and implementing this bill, or one like it, could be a huge step forward for the US in its progress towards broad adoption of AVs.

Another constraint are laws that are not equipped to handle legal issues caused by AVs. Traffic laws should be able to accommodate autonomous driving vehicles sharing roads with conventional vehicles. As the market share of autonomous driving vehicles increases, speed limit laws, stop signs, and other traffic laws may have to change or be even abolished. This is no small feat and would require years of city planning, research, and legislative drafting.

Liability laws may also need an overhaul. Today, strict products liability may hold AV manufacturers responsible for any damage caused by a product defect. AVs make decisions based on the inputs from their surroundings. If one of those inputs is defective, the vehicle may rely on the defective data, and in the worst scenario, crash. To hold a manufacturer responsible for damage caused by poor road conditions or a defect of another vehicle’s communication system could lead to unfair results and even deter innovation. State legislatures may need to come up with creative solutions for apportioning liability for accidents caused by AVs, based for example, on faulty input.

Insurance laws would also need to account for AVs. Nearly all states have adopted mandatory automobile insurance premised on the fault of the driver. AVs, however, do not have drivers, thus creating a scenario for which neither insurance or state legislatures have accounted. Without changes to insurance laws, drivers may find themselves in situations where they pay for insurance that is either unnecessary or does not compensate an injured party.

Certain criminal laws may similarly become outdated. Deaths resulting from crash-avoidance systems, misuse of vehicles used in commission of crimes, outside hacking or tampering with the vehicle’s communication systems, driving under the influence or other reckless driving statues are examples of state legislatures that would need to be updated.

As AVs detect and record data associated with their surroundings, privacy laws may require updates to protect this data. Both state and federal laws may need to stipulate who can own, access, and use this data.

As the market share of autonomous driving vehicles increases, speed limit laws, stop signs, and other traffic laws may have to change or be even abolished

States are ultimately in control of roads within their borders, and several have begun to enact legislation to address autonomous driving vehicles. Currently, 29 states and Washington D.C. have passed AV legislation, ten states have made executive orders, nine states have laws that are pending or have failed during the voting process, and the remaining states have yet to take any action.[4] Although many states have taken some steps toward accepting AVs, these steps have only scratched the surface. More work will need to be done before AVs become mainstream and legally drive from state to state.

In the next few years, autonomous driving vehicles may be ready for mainstream deployment. The limiting factors of a country-wide rollout, at least in the US, will be deficiencies of infrastructure and legislation. States will need to shift their infrastructure budgets towards electric vehicle charging stations, improved network coverage, and updated roads. Once the AVs become more commonplace, the laws would ultimately make allowances for autonomous driving. This is an exciting area of technological progress, but much more work remains to be done.

This article reflects only the present personal considerations, opinions, and/or views of the authors, which should not be attributed to any of the authors’ current or prior law firm(s) or former or present clients.

About the authors: David McCombs is a partner at Hayes Boone in Dallas and serves as primary counsel for many leading corporations in inter partes review (IPR). Eugene Goryunov is a partner in the Intellectual Property Practice Group in the Chicago office. Dina Blikshteyn is counsel in the Intellectual Property Practice Group in Hayes Boone’s New York office and  the co-chair of the artificial intelligence practice.  Ryan Williamson is a summer associate in the Dallas office. 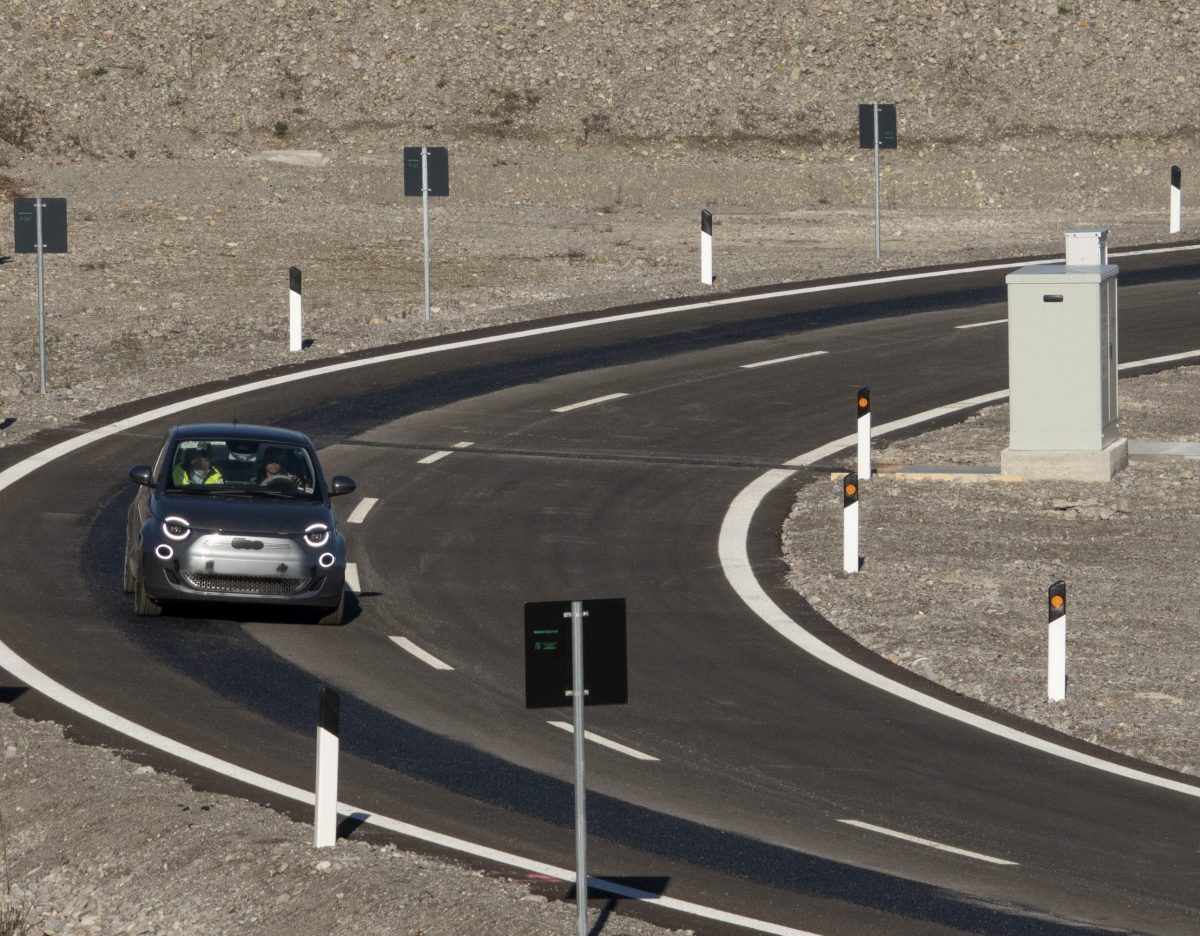