OEMs prepare to up their game as safety gets serious

Safety organisations are clamping down on vehicle safety standards, and ratings organisations are pushing for increased use of advanced technology. There remains little choice for OEMs but to up their safety game in all regions, writes Rachel Boagey

2015 has been dubbed the year for safety and thus far, it has lived up to its name. Organisations like the National Highway Traffic Safety Administration (NHTSA), the Insurance Institute for Highway Safety (IIHS) and the various NCAP organisations around the world are doing everything in their power to push automotive safety to the next level.

The newly appointed head of NHTSA, Mark Rosekind, has continued to send a clear message to OEMs that this year marks a fresh start for the automotive industry, vowing that the safety agency will work harder than ever to ensure OEMs are offering cars that meet the highest possible safety standards, and that any safety issues are resolved quickly.

To continue to push these standards, requirements for vehicle safety are set to change significantly in the next few years, meaning that there remains little choice but for OEMs to up their safety game in all regions.

2016 heralds the arrival of new testing and ratings strategies and philosophies at several of the world’s major crash testing and safety ratings organisations. Although its cars are ahead of many regions when it comes to safety, Euro NCAP believes that Europe still has a long way to go to reduce casualties on its roads. 2015 sees the end of the current Euro NCAP roadmap, with the next roadmap, running from 2016-2020, set to determine the best strategies and focus areas to further reinforce safety in the region.

“After five years of overhauling the rating system, the results now show that what used to be a five-star car is, today, a three-star car, if not a two-star car,” says Michiel van Ratingen, Secretary General of Euro NCAP. “That’s how quickly demands on vehicles can be increased.”

Taking safety to the next level

From 2016 onwards, much of the focus of the NCAPs and associated organisations will be on active safety, advanced driver assistance systems (ADAS) and crash prevention. In the US market, the Insurance Institute for Highway Safety (IIHS) has added to its vehicle safety evaluations the small overlap frontal crash test, and has begun rating front crash prevention systems.

According to David Zuby, Executive Vice President and Chief Research Officer at IIHS, “We’ve been doing both for a couple of years each, and we’ve integrated those into our Top Safety Pick award programme so that a minimum level of performance in the small overlap crash test is required to earn Top Safety Pick. The availability of Front Crash Prevention with automatic braking is required for a Top Safety Pick Plus award.”

But requirements for safety are changing significantly, with a surge of new technology meaning vehicles can not only perform well in crash tests, but they can also avoid crashes from happening in the first place. From 2015, Forward Collision Warning (FCW) alone will be insufficient for an IIHS Top Safety Pick Plus award; fitment of automatic emergency braking (AEB) will also be required.

To keep up with these changing safety requirements, many OEMs have announced plans to offer some form of semi- and fully autonomous drive technology by or from 2020 (although to what degree remains to be seen). Speaking to Megatrends, Euro NCAP’s van Ratingen noted, “the industry now is really driven by this hot topic regarding self-driving cars and semi-autonomous driving cars.”

Crash avoidance technology is new, both conceptually and technologically, and as a result, testing is being developed collaboratively amongst the regional testing organisations. The greater the proliferation of active safety technology, the better informed the industry and appropriate authorities can be about their effectiveness; and that knowledge helps to shape the progression of NCAP star ratings.

Van Ratingen’s view is that active safety technology must be a requirement for a five-star car, otherwise such technologies will not be fitted due to prohibitive costs in their early years on the market. “As volumes increase, prices drop significantly, but in the initial years it’s very important to tie a highly equipped vehicle to a five-star level and not give stars for budget cars. It should be clear to the consumer that if they bargain on price, they can’t expect the same level of performance in the marketplace.”
But these increasingly automated technologies will require further testing and development. “We need more assurance that, in normal circumstances, the car can actually make the right call. And that’s something that’s really on our agenda for the next five years. That’s why our Roadmap is written the way it is, because we believe that lateral support and frontal support are the key ones, together with driver assistance support,” said van Ratingen. “Towards the end of the roadmap, you will see the driver monitoring technology emerging more significantly. The only key factor that is still missing in our vehicles today is that we don’t really monitor the driver and what he’s doing and take that information into account in making decisions on what to do.” 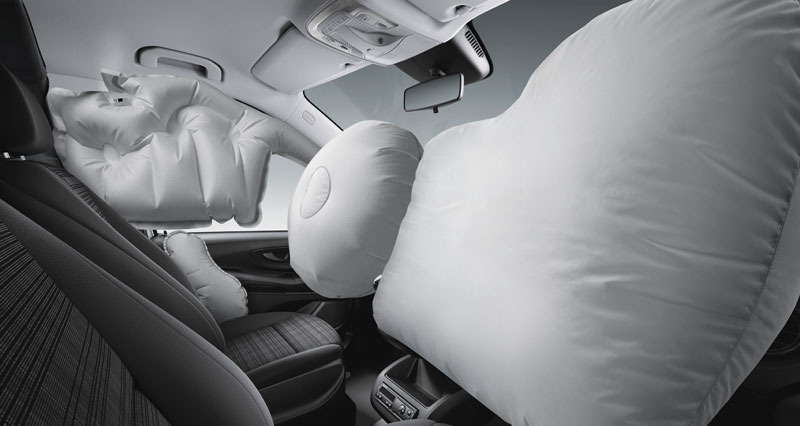 As NHTSA cracks down on OEMs’ and suppliers’ safety standards – it recently pressured Takata to recall millions of vehicles in what has been described as a “major step forward for public safety” by Transportation Secretary Anthony Foxx – OEMs may be facing an uphill battle.

Vehicle manufacturers will now have to make vast improvements in the safety of their cars for the worry of a bad reputation – but how concerned really are the people buying the cars?

Recent research by AutoTrader, the US online vehicle marketplace, shows that when consumers are made aware of a recall on their vehicle, only 56% take it in for repairs every time. Only 61% of consumers make an effort to stay informed about recalls on vehicles they own, and only 35% research recalls when shopping for a vehicle to purchase.

Speaking to Megatrends about these findings, Michelle Krebs, AutoTrader Senior Analyst, explained, “The huge number of high-profile recalls recently makes it even more imperative for automakers to get consumers to come into dealerships for repairs and for consumers to proactively check to see if their cars are recalled. But consumers are suffering from recall fatigue. Last year saw a record number of recalls, and this year will surpass it. The number of recalls becomes mind-boggling so consumers generally ignore them.”

Krebs believes that the record-setting recall of vehicles equipped with potentially flawed Takata airbags “could ultimately result in new approaches by the government and manufacturers on how recalls are addressed.”

Whether as a result of consumer demand or government pressure, vehicle safety is set to experience vast improvements in coming years. Looking to 2020 and beyond, increased autonomy is inevitable. That doesn’t mean a completely safe environment for cars however. “The more realistic expectation is that, as we further automate the car, the crashes that occur will be less severe,” concludes Zuby. “There still will be crashes, and so it will still be important for cars to be designed with some level of crash detection. I think the day in which motor vehicles don’t crash at all is a long time off.”