By the year 2028, electric vehicles (EVs) are projected to occupy some 16% of the mobility market. Full and plug-in hybrids will command 24%, with internal combustion engine (ICE) and mild hybrid vehicles taking the remaining 60%. Momentum is gathering, and many major brands are stepping forward with bold investment plans over the next five to ten years. For example, in late 2020 Volkswagen announced it will allocate approximately €35bn (US$44.5bn) towards battery EV R&D and Capex, while Mercedes-Benz announced this July that it will invest around €40bn between 2022 and 2030.

The figures are impressive. However, the car driving public must still be convinced that a change to EVs is viable. If price is removed from the equation, there is an awareness surrounding areas such as limited range, the lack of charging infrastructure, and access to charging points—particularly in city environments where many live in apartment buildings. In addition, the convenience of conventional fuels will be replaced by a wait of up to an hour to charge a car.

One such area that will help to fuel the move to EVs is the opportunity to innovate. To a large extent this emerging technology platform is a blank canvas, and electrification has the ability to facilitate advances that deliver tangible benefits to both the driver and occupants of a vehicle. Haptic feedback—the ability to communicate through the medium of touch—is an example of these advances and is an area that is increasingly important in terms of vehicle design, both in terms of aesthetics and functionality.

Within the interior of both ICEs and EVs there is a clear trend towards creating smoother, more elegant surfaces that are far more futuristic in appearance. For example, flat screen technology is becoming prevalent on vehicle dashboards, and haptic feedback in the form of a vibration or pulse can be incorporated for a wide variety of functions, such as a slider for volume or temperature control. Standard switches and buttons can also be replaced throughout the cabin with surfaces that are able to morph into a three dimensional button when approached by the user, returning to a flat state once a command has been received. This removes the need for permanent raised surfaces wherever a switch or button may be located in the cabin, creating cleaner lines and a superior user experience.

To a large extent this emerging technology platform is a blank canvas, and electrification has the ability to facilitate advances that deliver tangible benefits

From a functionality perspective too the possibilities of this technology are extremely exciting. So-called ‘customised feedback’ can be applied to a wide variety of areas within both ICE vehicles and EVs, each taking advantage of the ability to control smart materials through electronic control units. Functionality is enabled through the customisation of elements such as the shape of a pulse, amplitude and frequency, which can be used to deliver feedback through components like the steering wheel or even the driver’s chair. Imagine a system that is linked to a navigation system that can pulse once for left and twice for right. Or perhaps a system that can raise the alarm through a continuous vibration if a driver deviates from a lane on a motorway. Haptic feedback will make these features a reality.

The driver experience will be enriched as a result, and as the interface between human and machine is studied ever more closely the possibilities to influence other critical functions within a vehicle are becoming clear. For example, Electro Active Polymers (EAP), when used to create a Stacked Actuator, can be used efficiently in both actuation and sensing capacities. As a linear actuator it can replace conventional mechanical drives, such as a coil system or motor, while sensing a change in capacity can transform it into a sensor or button as mentioned above. The two can also be used together, offering greater flexibility in terms of use.

The Stacked Actuator uses small capacitors in a three-layer system comprising two electrodes—created using conductive materials—with a soft electroactive polymer in between. Voltage can then be applied to the capacitor and, as the surface electrodes move towards each other, the polymer is compressed to create axial movement. This technology can then be integrated into a wide variety of components, providing stepless actuation that is energy efficient, noiseless, and which removes the need for a gear or motor. 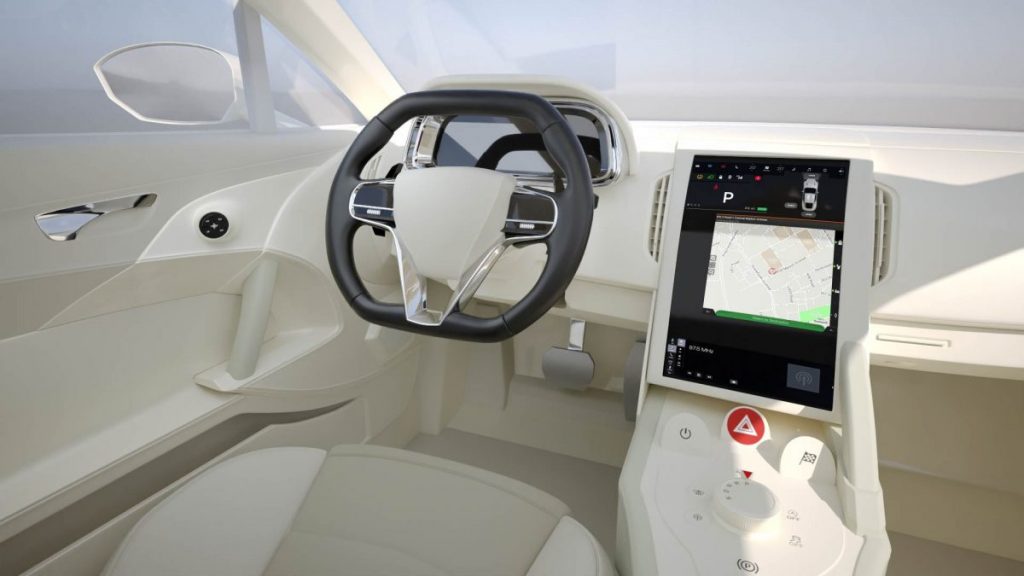 These advances are a core driver in the move to new mobility, and as such suppliers to the industry must also be prepared to adapt, often in ways that require major change. The requirements for new mobility solutions can be very different with ICE alternatives, and where sealing materials are concerned there is a need for them to enable elements such as thermal or electrical conductivity. Additionally, with sensoric functions and electrically controlled elements also on the rise, electromagnetic shielding is essential.

Manufacturers must be able to discuss and identify pain points with their suppliers to aid the journey to optimal solutions, and if that supplier can also facilitate the rapid development and industrialisation of that solution it adds a significant amount of value—particularly to those new to the market. Long development cycles are not readily tolerated, and this ability to bring product to market quickly and efficiently will separate those that command market share and those that will lose it.

It is a move from being a build to print supplier to a development partner, where the customer sets the starting point with a specification that requires a designed solution to deliver the outcome. Design and material knowledge are key, but also as important is the ability to run tests and analyse the output to the very highest levels of regulated norms. Simulation will be a core asset in this process, as designs are streamlined and the number of prototypes required is significantly reduced, and while human and machine interface will continue to advance, smart materials must continue to advance alongside in order to aid functionality, comfort and, critically, a safer driving experience for drivers and passengers alike.

As an industry going through a major transitional period, partnerships forged today will be the ones that secure the future of new mobility. This ability to come together, to innovate and to take full advantage of the opportunities the EV platform presents can only help to ease that transition further.

About the author: Andreas Minatti is Head of Business Development, BU Mobility, at Datwyler, a provider of system-critical elastomer components