UK commercial vehicle production declined -10.7% in January, with 8,202 units manufactured, according to the latest figures released today by the Society of Motor Manufacturers and Traders (SMMT). The fall in output follows an unusually buoyant January 2019, which saw the number of vans, trucks, buses and coaches leaving production lines increase by almost half.

In January 2020, CV production for the UK was down -8.8%, marking the fifth successive month of decline in output for the domestic market, as weaker business confidence and variable buying patterns continued to affect orders. Production for export also dropped by -12.2% largely due to slowing demand in key European markets. 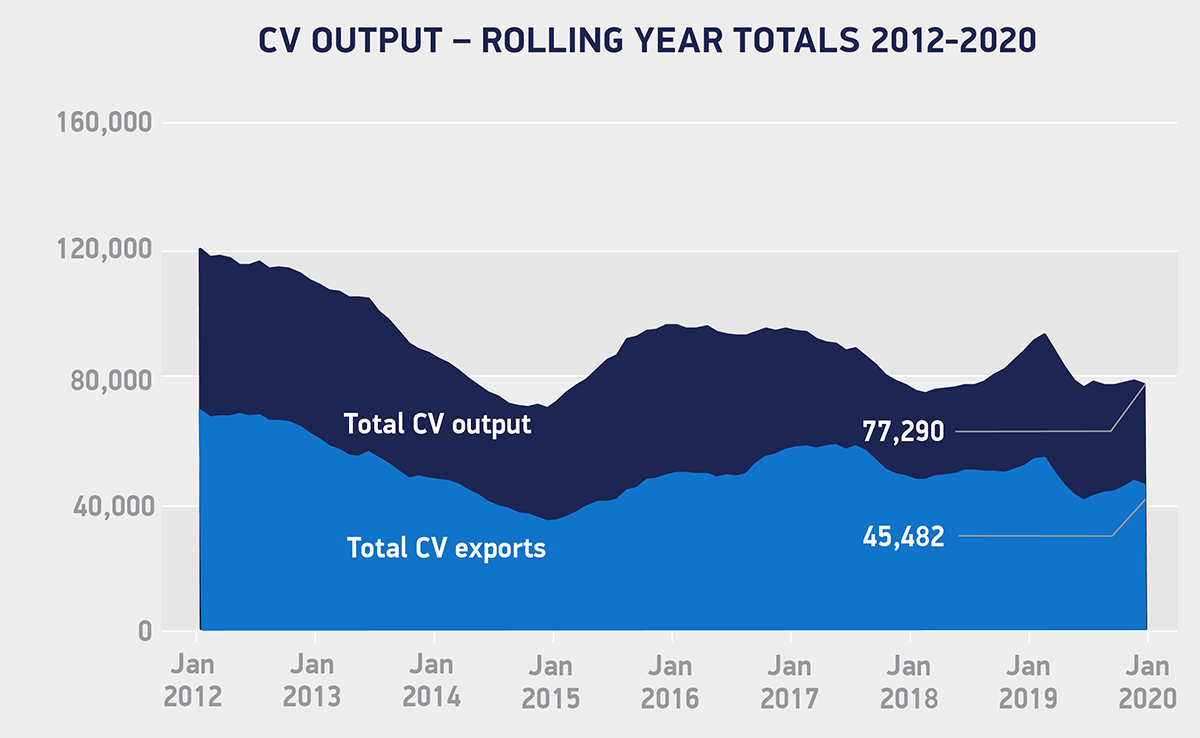 “The UK’s commercial vehicle sector is a key driver of economic prosperity, and to keep production lines rolling we need to create the right conditions that give operators the confidence to invest in their fleets. The upcoming Budget is an opportunity for the government to announce measures to support the domestic market and at the same time, given the majority of UK CV output is shipped to the EU, every effort must now be made to agree an ambitious free trade deal that has automotive at its centre.”

Tailored to the final stitch: the Bentley Mulliner Bacalar