Home › Articles › What is the future of mobility?

What is the future of mobility?

Senior figures from the automotive and technology industries discuss how the mobility landscape may take shape in 2030 and 2050. By Freddie Holmes

At M:bility | Detroit, a two-day event hosted by Automotive World, leading players across the automotive industry and beyond discussed how the underlying technologies and business models will change the way people get around.

Continued investments across the automotive industry and beyond indicate that the overriding CASE megatrends—connected, autonomous, shared and electric—are here to stay. With that, certain assumptions can be made. Vehicles—not just cars—will be more accessible to more people. Transportation will be more efficient and less expensive; and commuting will be more convenient and involve fewer payment points, even when utilising several different modes of transport for a single trip. As Kevin Roberts, Automotive & Transportation Senior Analyst at EY put it: “Future mobility is about striving towards environment-friendly, integrated, automated and personalised travel on demand.”

It might seem counterintuitive, but it may be easier to forecast the long-term future than the near-term. Many of the futuristic mobility services touted today are in their infancy or remain simply aspirational; it could take a while for any meaningful introduction. “I’m more sure about 2050 than I am about 2030,” said Rob Kleinbaum, GM Technical Fellow, Senior Delivery Lead, Advanced Analytics, GM IT, at General Motors. “It’s much easier to forecast what will happen in 2050 than 2030, which is only a few vehicle development cycles away,” agreed James Schwyn, Chief Technical Officer of Valeo North America.

It’s much easier to forecast what will happen in 2050 than 2030, which is only a few vehicle development cycles away

The move away from internal combustion engines (ICEs) is inevitable. Most of the world’s automakers have pressed ahead with battery electric (BEV) options, but hydrogen fuel cell technology is not being ruled out. The general consensus is that BEVs got ahead of the game, and fuel cell missed the boat. That does not mean it is out of the picture, however. “We say ‘electric’ but we think the transition is more about being ‘green’,” said EY’s Roberts.

The idea of ‘connectivity’ is often tied to technologies such as V2X and IVI, but in the wider context of mobility, it will revolutionise how services are paid for. Today, a commute could involve calling a taxi to ride to the train station, taking the train to the city centre and then hopping on an e-scooter—each with an associated payment. The goal is to create a seamless user experience, with a single fee at the start or end of a journey. “I see there being fewer ‘decision-making points’ along the way,” continued Roberts. “MaaS could bring everything together into one single payment.”

Urbanisation has seen many rural dwellers make the move into cities and placed a strain on existing transit networks, be that public transport or roads. In an about-turn for the automotive industry, a gradual move away from private vehicle ownership is expected, good for traffic congestion, but bad for already congested rail and bus links. Investment is expected to be poured into micro-mobility services such as e-scooters and battery-swap electric mopeds.

The rules are changing, and what worked ten years ago may not work today. It’s going to be about the service, who understands the customer and who has the relationships

“By 2030, you’ll see less parking and more infrastructure to cater to scooters, bikes and other new modes of transportation,” suggested Kristin Slanina, Chief Transformation Officer at Thirdware, an IT services company. Operators will need to gain permission in order for these services to flourish, however, with the likes of Bird and Lime having already received temporary bans for ‘rogue’ deployment.

“We need to be careful not to upset city governments,” mused GM’s Kleinbaum. Cities, he said, are choking in traffic, but micromobility could help to alleviate the strain. “I have heard in some cities, many Uber drivers make their money off cancellation fees because the traffic is so bad,” he added.

A future mobility conference would not be complete without healthy debate around autonomous driving. The topic widely steals the spotlight for marketing appeal, but the underlying trend is around road safety.

The M:bility panel focussed on the period between 2030 and 2050 to account for the plethora of changes required for widespread public deployment. Existing tech needs refining; new hardware and software may need to be designed and regulations need to facilitate their introduction. Vehicles also need to be validated for safety; costs need to fall and consumers must be open to shunning private vehicle ownership. In combination, these issues make promises of mainstream robo-taxis appear extremely optimistic.

We need to be careful not to upset city governments

GM’s Kleinbaum remains bullish. “I expect a meaningful roll out of autonomous vehicles in five plus years,” he said. “I think consumers will love this tech, and there will be huge consumer demand. Everyone wants to have a car that drives itself; I travel 50 miles to work every day, so I certainly want one!”

The SAE levels of automation have come under criticism for vague terminology and the fact that different levels often share the same definitions. For instance, Levels 3, 4 and 5 state that the human is “not driving when these features are engaged, even if you are in the driver’s seat.” However, only Level 5 automation describes a vehicle that can drive anywhere without human intervention. “I think Level 5 is a long way off,” observed Valeo’s Schwyn.

Level 4 automation—that of a ‘local driverless taxi’ with or without a steering wheel and pedals—appears more realistic. In December 2018, Waymo got the green light to launch such a service in Phoenix, Arizona, where locals could sign up as guinea pigs; Michigan-based May Mobility currently runs a small-scale paid-for service on select routes in Detroit, and Drive.ai has a similar operation in place with the Frisco Transportation Management Association in Texas.

On low-speed closed loops, and with the understanding that the car is in control (albeit unless an emergency disengagement is required), the underlying business model has gone well in comparison to Level 2 to Level 3 highway systems.

Many drivers believe such technologies can take care of driving—this is incorrect, and the fact that Levels 2 and 3 are often grouped together under the same definition is worrying. It has spurred an overreliance in driver assistance features when, in reality, the driver should be no less alert. “Where’s the boundary between these systems?” asked Valeo’s Schwyn. “I don’t know that answer, but we as an industry have an opportunity to start defining those technologies better—we need to standardise these things.”

We say there are six levels of automation, but it feels like there are 1000 levels

The need for driver education has never been clearer. The taxonomy between automakers’ driver assistance systems varies widely, exacerbated by a general lack of commonality in how they function. The number of different terms used within this article adds weight to that argument. “We say there are six levels of automation, but it feels like there are 1000 levels,” remarked one audience member at the event in Detroit.

The capabilities and limitations of so-called ‘pilot’ systems are poorly communicated today, both by the system itself and at the point of sale. Several drivers have been injured and a number killed as a result of misuse. “We have a tremendous responsibility to educate consumers,” said Valeo’s Schwyn. “We’ve seen that some will take risks with this technology by sleeping in what they deem to be autonomous cars, or driving with their cell phones in their face. We risk pushing this technology out too fast.”

While autonomous driving technology has come on leaps and bounds since early DARPA experiments, the industry has had a number of reality checks, no less in Tempe, Arizona in 2018. “Bad things will happen, but it better not be something that was preventable or foreseeable,” Kleinbaum noted whilst sitting next to Stephen Lesh, Head of Hardware Engineering & Vehicle Programs of Uber Advanced Technologies Group (ATG).

Low-speed automation on closed operational domains is a far cry from the industry’s eventual vision of automated coast-to-coast travel. Some suggest AVs could become more attractive than taking a plane, but this may require new tech to be developed, suggested Uber ATG’s Lesh: “The faster you go, the further you have to be able to see.” He also believes testing needs to expand into more challenging areas—“the US is one of the easiest places in the world to drive”—in order to improve the capability of self-driving computers.

That being said, the current driving environment remains a hefty challenge. Recalling a particularly complex Chicago intersection, EY’s Roberts noted: “I shudder for the poor algorithm that has to figure this out.”

New kids on the block

Some suggest that tech giants and start-ups will dominate in areas that are comparatively foreign to the incumbent automakers and Tier 1s. Others believe the household names and their suppliers will adapt and prosper. The conversation may not be as relevant as it once seemed, however, as many of those start-ups now find themselves under the ownership of automakers. Consider Ford with Argo AI; GM with Cruise and Aptiv (a Delphi company) with nuTonomy. That being said, the frequency with which new names continue to enter the industry cannot be ignored.

“I cannot believe how much change there has been,” said Thirdware’s Slanina, who works with start-ups in the mobility space. “These start-ups pop up every single day, it’s almost impossible to keep track.” Start-ups have proven particularly influential in transitioning automakers into service providers. As Slanina explained: “The rules are changing, and what worked ten years ago may not work today. It’s going to be about the service, who understands the customer and who has the relationships.”

Bad things will happen, but it better not be something that was preventable or foreseeable

Uber ATG’s Lesh agrees, and particularly when it comes to autonomous driving. “Partnerships are the way to go on the technology,” he said, but recognised today’s leading automakers will be pivotal in commercialising solutions at scale. “Algorithms are hard, but building a car is super hard too,” he continued. “We see a need to partner on safety and verification as every individual player cannot have their own way of doing things. We need to come together and propose how to validate this technology and build trust.”

“Tech companies have come to realise building a vehicle is not quite as simple as they may have first thought,” added Kleinbaum.

It seems competitors are happier than ever to work together on areas of shared interest—“I haven’t had any fights so far with my other colleagues on the panel,” jested GM’s Kleinbaum.

The ties between Silicon Valley and Motor City are strengthening every day, and by 2030 he envisions both established automotive players and technology firms working even closer. “You can imagine the structure of the industry will be significantly different in future than it is today,” said Kleinbaum. “If you think the rate of change is rapid now, just wait,” concluded EY’s Roberts.

This article was featured in our March 2019 special report, ‘Special report: M:bility | Detroit – key takeaways‘, which is now available for download. 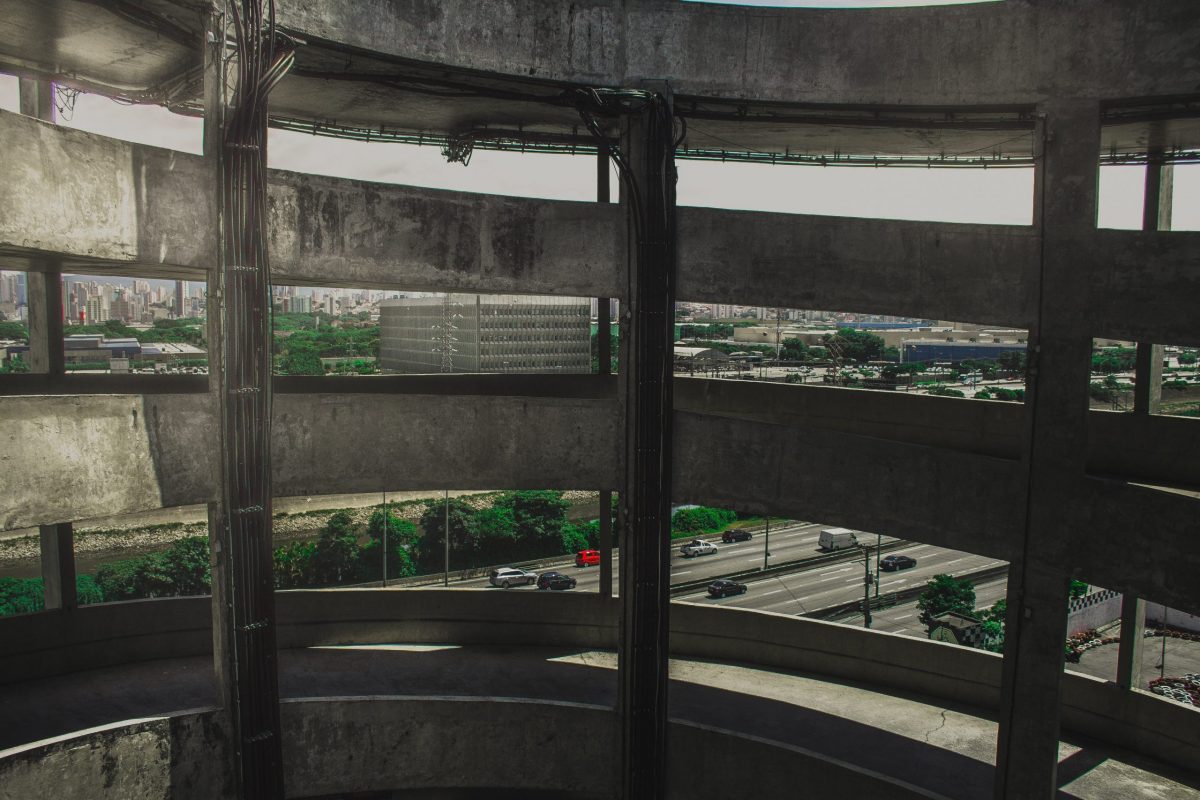 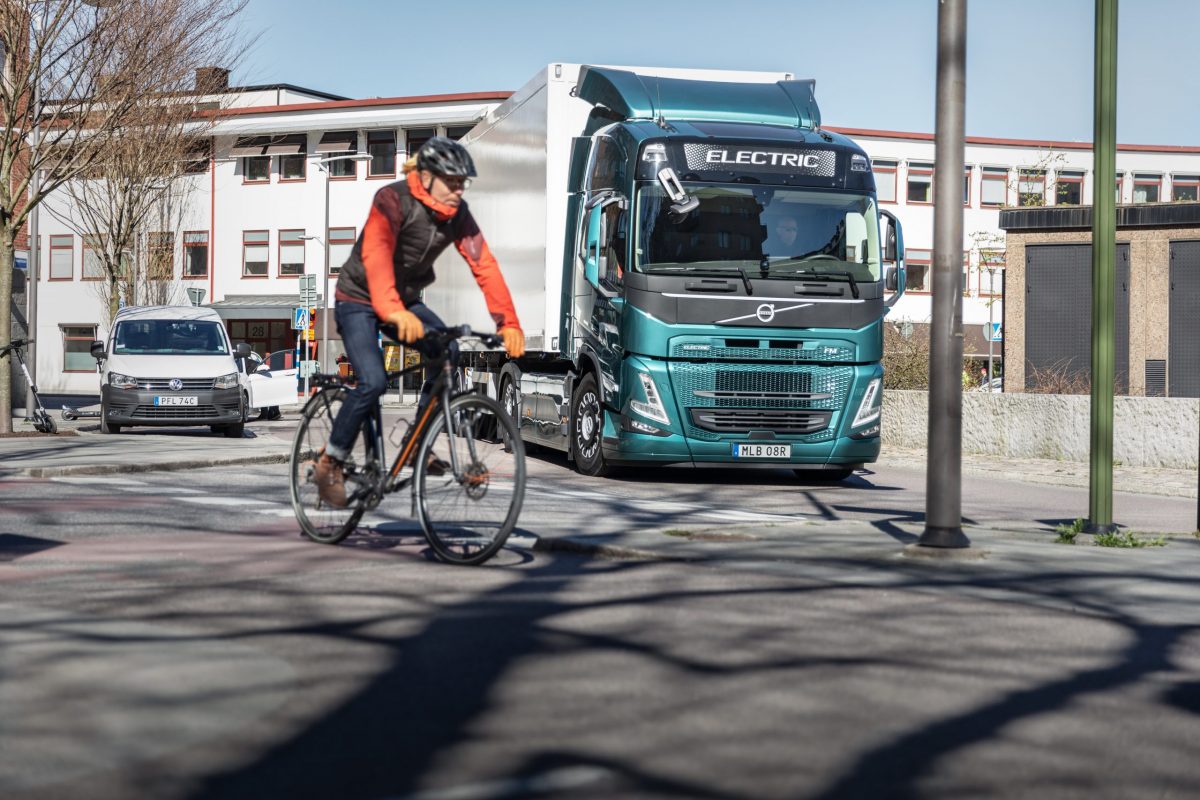 Is there a place for hydrogen in urban freight delivery?