Mobility on-demand will offer the benefits of the autonomous vehicle promise sooner, and in safer ways. By Capgemini’s Daniel Davenport

Ride-share companies took a massive hit during the pandemic, with decreased ridership across the board. Research published in January 2021 showed that 78% of those surveyed across 11 countries would avoid ride-hailing services specifically due to health and safety concerns. The primary challenge was that riders share a vehicle with a driver—a tight space with minimal air flow or ability to socially distance.

In response, the ride-sharing industry is aggressively pushing for higher autonomy. But to build and scale a robotaxi system will take billion-dollar investments and several years of production, research, and innovation. Even with the considerable progress made to date, there is still plenty of regulatory risk in putting a passenger inside a self-driving vehicle—and a mix of common sense, accountability, and increased awareness should always be required for anyone using these vehicles as a means of transportation.

However, there are several workarounds emerging. Last-mile delivery is a lower-risk use case for autonomous vehicles (AVs) , because rather than a passenger in the vehicle, it is only transporting specific products or goods. For example, if an AV picked up groceries from the store and brought them to you, then you are avoiding any risk and still accomplishing the same thing you would have if you had gotten in an AV and it drove you to and from the store.

Another ride-sharing option is for an autonomous vehicle to drive itself to a specific location to pick up a person, and once inside, that person would physically drive the car to their destination. Once they arrive, they would leave the vehicle there, and it would drive itself to recharge or to pick up the next customer.

Perhaps the most interesting possibility is a driver-assisted mode of autonomous vehicle, where the car drives itself with a passenger inside, but also has a remote operator. If the vehicle encounters an issue, the remote operator, sitting in a control centre, can intervene—taking over the vehicle and manoeuvring it via cameras transmitting a picture back to them in real-time. These kinds of remote assisted driving capabilities are being made possible by 5G and edge compute infrastructures, which allow for high-speed data rates and ultra-reliable low latency. With a back-up emergency option of a human operator, there is an added layer of insurance and security.

These semi-autonomous options could be game-changers for the future of on-demand mobility in the ride-sharing space. Regardless of which potential model emerges as the dominant use case, there are four primary benefits they all could bring.

Getting autonomous vehicles to become a primary mode of transporting passengers is incredibly challenging. But offering consumers assurance that a semi-autonomous vehicle has an emergency operator at-the-ready would increase the pace of adoption and support for these vehicles. Faster adoption of AV or semi-autonomous vehicles will create a flywheel pull for new services and increase the business opportunities to meet growing consumer demand. With more production and consumer interest comes more infrastructure to support the growing number of these vehicles on the road, and as people ride inside AVs, the buy-in should increase as well.

While reaching 100% autonomous vehicles is a slow process, semi-autonomous is a clearly attainable, short-term milestone that can bring many of the same benefits of the AV promise, but with far greater adoption and faster implementation

Safety is of the utmost importance in a self-driving vehicle. But with the workarounds provided through semi-autonomous means, riders are never truly alone within a vehicle. If one of these AVs does malfunction, it can either be resolved via the remote operator, or have less of a negative result if it does crash, since the car would either only be transporting delivered products or self-driving to a new destination without anyone inside. The reduced risk from these alternative methods can help AV innovations to progress more quickly with short-term use cases and fewer potential setbacks. Decreased risk will also provide more opportunities for in-market tests.

Research shows that 44% of drivers still don’t have any connected services within their cars, so the opportunity for ride-sharing companies to seize this digital, innovative moment is there. Having the ability to do other tasks while the vehicle drives itself – either while within the vehicle, or as the car is delivering your items – adds an extra layer of convenience. In a world of fast-paced movement and mobility, time is precious. Those who can conserve it with a semi-autonomous vehicle experience will keep coming back in the future.

Perhaps the greatest barrier to AV progress is the strict regulations imposed on self-driving vehicles, which are transporting people at high speeds via technology systems rather than human control. With the alternative, semi-autonomous solutions, the regulations would likely relax significantly. The amount of damage caused by an empty self-driving vehicle, or one that is only transporting groceries, for example, is not as great as it would be with passengers inside. What’s more, the human intervention via a remote-controlled command centre provides a fail-safe. With less strict requirements, ride-sharing companies and automotive manufacturers can push forward on their initiatives.


Semi-autonomous vehicles offer a realistic, pragmatic, and quick solution to the need for mobility on-demand. These concepts are still autonomous, sustainable, and convenient while also being far safer and easier to regulate than a fully autonomous fleet of ride-sharing vehicles. Mobility on-demand means more than just a passenger vehicle operated by a human. It is when other variants emerge and provide the same end results, such as moving someone or something from one place to another. Semi-autonomous solutions can do just that, but in a more sustainable and more convenient way.

These kinds of remote assisted driving capabilities are being made possible by 5G and edge compute infrastructures, which allow for high-speed data rates and ultra-reliable low latency

While reaching 100% autonomous vehicles is a slow process, semi-autonomous is a clearly attainable, short-term milestone that can bring many of the same benefits of the AV promise, but with far greater adoption and faster implementation. Not only would it be an enormous evolution for struggling ride-sharing companies, but it would also bring lasting change to the entire automotive industry. 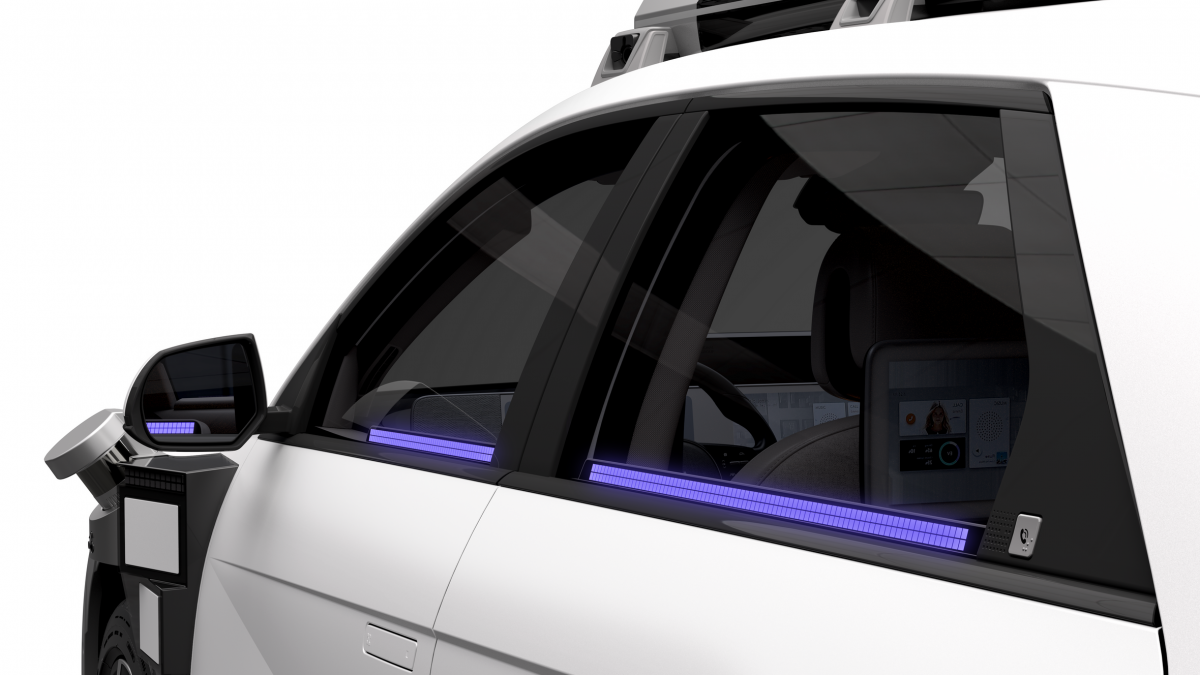 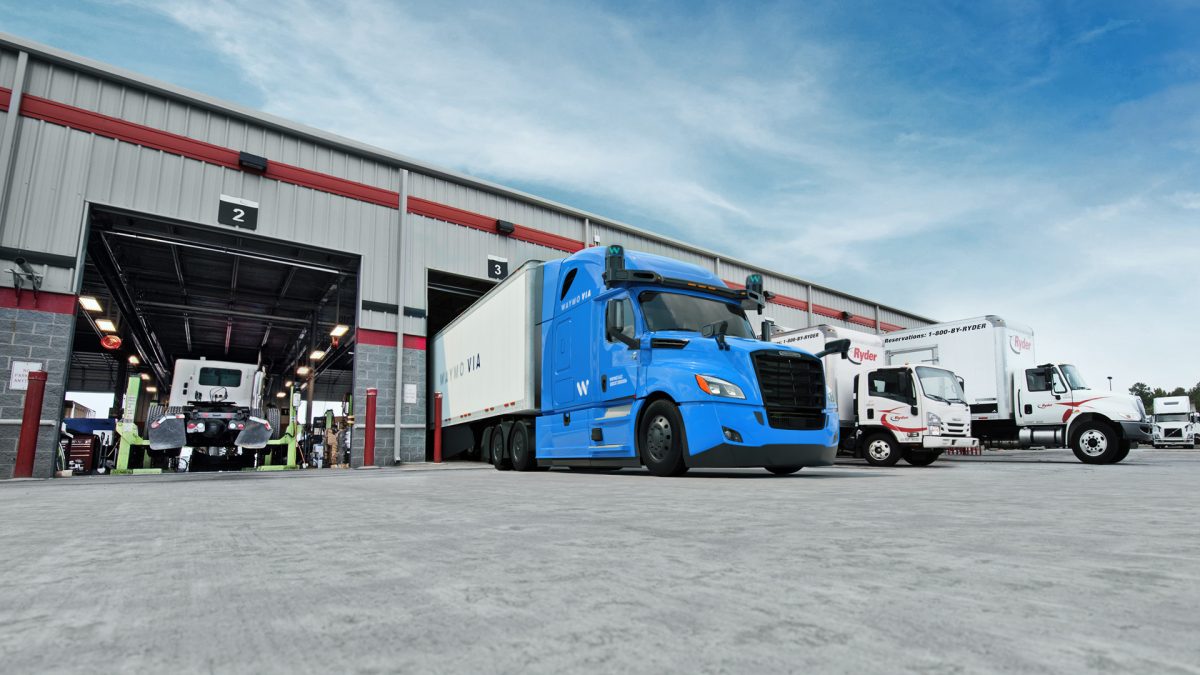