Not long ago, the buzz term for the automotive world was global sourcing. OEMs aimed to standardise product offerings and pricing by producing in select emerging countries that offered low production costs. This rendered the supply chain long and complex, but equally justified in the name of cost saving. Recently, however, global sourcing seems to be on the reverse gear, with local sourcing gaining momentum among OEMs globally.

Localisation brings cost-savings across the supply chain, especially in light of climbing costs in traditionally low-cost regions. According to a study by BCG, manufacturing costs in previously low cost sourcing locations like China, Latin America and Eastern Europe that for many years attracted global vehicle manufacturers, are reaching parity with manufacturing costs in developed countries, once productivity, energy prices and currency conversions are factored in.

At the same time, the advantages of a closer supplier location are clear-cut. First and foremost, it helps minimise the vulnerabilities and logistics costs associated with long supply chains. Moreover, the distance from which components are sourced impacts the inventory that an OEM needs to maintain. In cases of critical parts, the supply chain is required to carry extra inventory to meet unaccounted demand fluctuations as well as a buffer for delays and disruptions. In addition to blocking resources, large inventories cost OEMs time and money in cases where quality issues emerge in stocks.

In some cases, OEMs consciously take a decision to source locally to meet local content quotas. They also manage to avoid currency fluctuation risks and save on taxes and import duties by engaging in-country suppliers. Thus, OEMs work with local suppliers for supply chain flexibility, as well as the currency and tax benefits they provide, and these advantages increasingly outweigh the pure production cost benefits (of global sourcing) that once attracted OEMs.

This phenomenon of local sourcing is being witnessed across the globe, with leading OEMs sourcing locally from developed as well as emerging countries.

When looking to shift to local sourcing, several OEM players are focusing on India. Offering a blend of low production costs along with leaner supply chains, implementing in-country sourcing in India seems like a win-win situation. 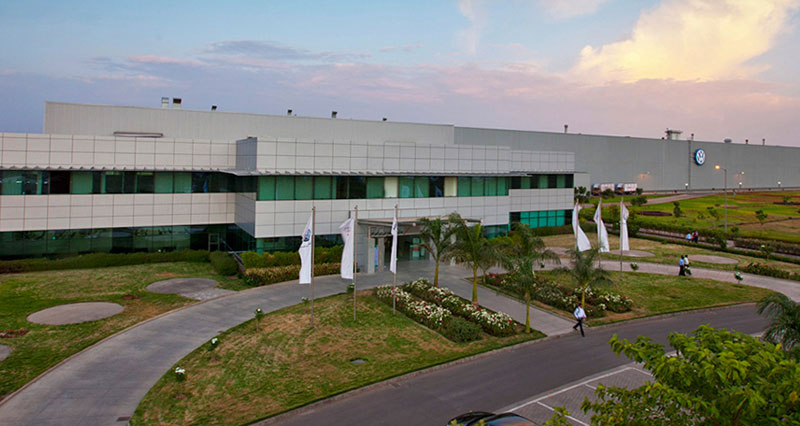 The latest to join the bandwagon, in February 2015, was BMW. The company has expressed plans to start procuring components locally from about seven India-based automotive suppliers, one of which (Pune-based Force Motors), has been a long-time supplier to its direct competitor, Mercedes-Benz. The car manufacturer’s local arm is looking to source engines and gearboxes, door panels and wiring harnesses, exhaust systems, heating, ventilation, air-conditioning and cooling modules, and seats from local Indian suppliers.

BMW, which has been selling partly assembled (completely knocked-down) units or fully imported (completely built) units in India since 2007, is looking to increase the level of localisation from 20% to 50%. In addition to bringing direct savings on taxes, the localisation process is expected to give a push to the company’s servicing business, which was earlier dependent on procuring parts from overseas.

On similar lines, another German OEM, Volkswagen, is looking to increase its level of localisation in India to 90% over the next five to six years. The company wants to achieve this by locally producing engines used in VW cars (currently 100% imported). At present, the OEM’s Pune plant supply chain is 79% localised in India, with 11% of parts being procured from China and the remaining 10% from the rest of the world.

One of India’s leading OEM players, Maruti Suzuki, also aims to reduce imports to US$1.6bn in FY2015 from US$2.5bn in FY2012, by locally sourcing diesel engines and transmission components. While content sourced from local suppliers makes up about 96% of Maruti’s cars, about 30% of this content is imported by suppliers, which are in turn compensated by Maruti for unfavorable currency fluctuations. Thus, the OEM is looking to develop suppliers that produce components locally instead, to avoid currency fluctuations.

Toyota, Honda and Nissan, amongst others, are also working on increasing local sourcing in India to ward off risks associated with currency fluctuation.

The local arm of Audi in Mexico plans to procure 90% of its components for its San Jose Chiapa plant, which is expected to manufacture the Q5 crossover, from 2016. The company aims to achieve 65% local value creation at the launch of production so as to qualify for specific free-trade agreements; the levels of localisation vary by agreement, with 35% local content required to export duty free to South America, 60% for Europe, 62.5% for the US, and 65% for Japan. Within three years of commencing production, the company aims to reach 90% localisation. In mid-2013, Audi invited 120 Mexican suppliers to a workshop with a key focus on suppliers that manufacture parts with very high investments, including press plants and paint facilities.

BMW and Mercedes-Benz have also contracted to work together to build a network of suppliers for their new factories in Mexico. While Mexico currently lacks an established network of suppliers of components that are suitable for premium vehicles, the two rivals have been working towards establishing technical competencies among their suppliers.

Mercedes-Benz plans to produce compact cars in the Mexico plant with 80% local component sourcing. In addition, to develop local suppliers, the company is encouraging its existing base of suppliers to expand overseas into Mexico.

Indonesia, which is slated as one of the world’s most lucrative new vehicle markets, is also attracting manufacturers to establish local suppliers.

Honda, which has entered Indonesia’s ‘Low Cost Green Car’ market with its Brio Satya, has strongly focused on sourcing locally. The company uses 85% locally sourced components for the car.

Several OEM players present in Russia are looking to increase their local sourcing levels, primarily to offset the ongoing currency weakening. Opel, which has seen a significant drop in sales in Russia (owing to low local demand and western sanctions), is looking at increasing its locally sourced content to 60% to reduce its dependence on imported components from the Euro Zone, and in turn contain costs.

Similarly, China’s Geely has also entered a restructuring process in Russia, which entails stepping up local sourcing as well as raising prices to offset currency depreciation. While the level of local components used in cars built in Russia stood at about 25% in 2014, this level is expected to increase to 30-35% by 2016, primarily in an attempt to cut costs.

Owing to its inherent benefits, the trend of sourcing locally seems to have found its ground among leading vehicle manufacturers across the globe, especially at a time when sales remain relatively muted. Leading OEMs are looking to achieve localisation by partnering with local players and by encouraging their existing suppliers to set up plants in these geographies.

Mercedes-Benz has made increased localisation a part of its 2020 growth strategy. The company, which has commenced the production of its new C-Class model in the US, China, and South Africa, has achieved 60% localisation in the US and China, and aims to reach its target level soon in South Africa.

Local sourcing, in effect, is a win-win situation for automotive OEMs and local economies. While these economies are likely to lose revenues from import duties, they are not complaining as it will boost the countries’ automotive supplier industry and help in job creation across the value chain. The only losers in the entire picture might be the third party logistics providers, which could see their automotive parts-related business contract, as the distances are reduced between component suppliers and manufacturing plants.

De Lijn and VDL Bus & Coach celebrate a milestone with a new delivery: since 2015, more than 1,000 VDL vehicles have been on the road