Home › Articles › Life in the times of automotive recalls

Life in the times of automotive recalls

What impact do recalls have on car brands? By Manmeet Malhi

The magnitude of vehicle recalls in the US this year has taken everyone by surprise and is forcing an unprecedented change in the automotive industry, across automotive OEMs, regulatory bodies, consumers, dealers and other participants further down the value chain. 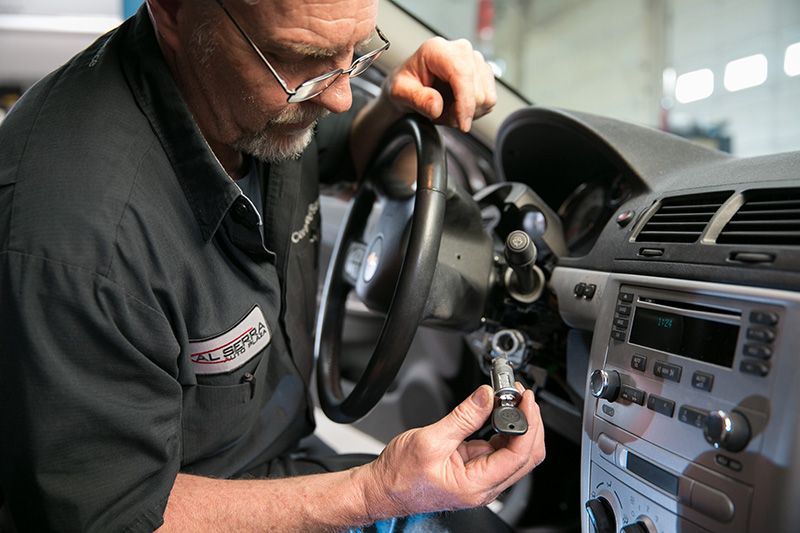 GM has borne the brunt of the tsunami of recalls this year – as of 31 May 2014, the Detroit giant had issued 30 safety and non-compliance recalls for nearly 13.8 million vehicles in the US. This includes the well-publicised recall involving 2.6 million cars for faulty ignition switches that unexpectedly turn off engines while driving, leaving airbags, power steering and power brakes inoperable.

To put this into perspective, consider that by the end of May 2014, about 20 million vehicles had been recalled in the US, across all brands. And in 2013, more vehicles were recalled (21.9 million units) than were sold. This year looks set to break the ten-year old record of 30.8 million units recalled in 2004.

So what does the high volume of recalls imply? Has the quality of the vehicles we drive deteriorated? Or is it that they are now subject to more stringent regulations and safety standards? And what are the implications for vehicle manufacturers – is it possible to recover from the damage that brands suffer when their vehicles are red-flagged for lacking in quality? And do these recalls even help make future vehicles safer?

Mechanical and electrical sophistication in modern cars is at its highest level and, quality, in general, in the automotive sector has improved dramatically over the past few decades, by every measure apart from recalls. In the year of the Toyota crisis, there were fewer deaths on US highways than in any year since vehicles became ubiquitous. In the US, traffic fatalities declined from 44,525 in 1975 to 33,516 in 2012, even as the US population increased by almost 50% during the same time – a major reason for these reduced deaths are the technologies that have been developed and installed in our vehicles, such as ABS and airbags.

While vehicles today are subject to more stringent safety regulations and are fitted with more safety features than ever before, they are also subject to more scrutiny, both by the authorities and the media. Toyota burnt its hands badly in 2009-10 when it ended up recalling 9.44 million vehicles worldwide for a fatal, sudden acceleration fault, on the back of a potential lashing by regulatory authorities. This series of recalls had an adverse effect on Toyota’s profit, share price and reputation. The company had to pay about US$7bn in litigation fees and estimated losses were in billions due to lost sales, reduced manufacturing output and enhanced incentive campaigns. 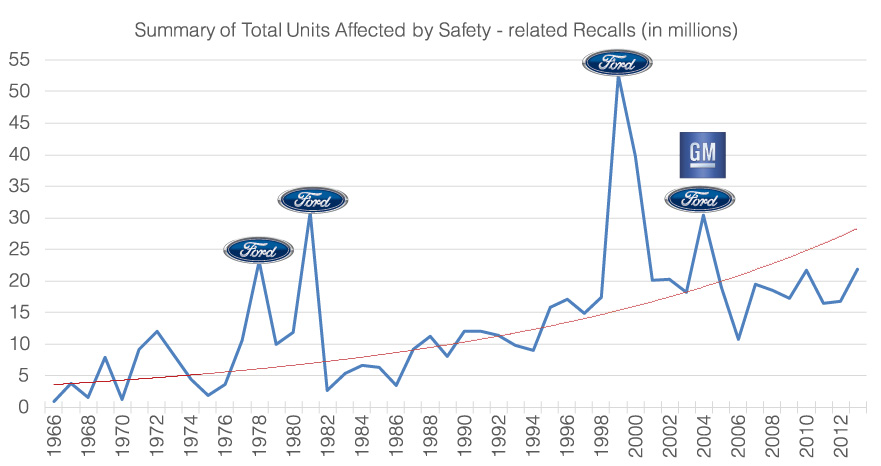 Some recalls, on the other hand, are not threatening and even leave many customers shaking their heads in disbelief. Take for example the quarter of a million Lexus cars recalled in 2013 for a loose nut on front wipers, or Honda, Nissan, Volvo and Kia models being recalled for having incorrect tyre pressure labels. For some automotive OEMs, like Toyota, this has led to a ‘recall first, investigate later’ culture (which is the opposite of the normal operating procedure in the automotive industry), making it clear that OEMs are erring on the side of caution. Toyota’s strategy, however, should not be confused with ‘uninfluenced recalls’, which are initiated by an automotive OEM if it finds a defect internally.

Damage to brands is not irreversible – if recalls are handled ethically

What the current spate of recalls tells us is that anyone can have a ‘recall incident’. Vehicle manufacturers that were once lauded for quality have lost brand value and some credibility due to recalls made in the past decade. Toyota has led in US recalls in four of the past five years, with Honda earning the dubious distinction in 2011. In early 2014, luxury vehicle manufacturer Aston Martin recalled about 75% of the cars it had hand crafted since 2007. To elucidate how recalls impact an OEM, consider this: Toyota’s US market share peaked at 16.7% in 2009, just before the recalls began and consequently slipped to 12.7% in 2011; in the last two years, the company has made a strong comeback and its market share has risen to 14.1%, due primarily to consumers’ belief in Toyota and the inherent quality of its products, and the way in which the OEM openly dealt with the problem.

However, a long overdue recall that reeks of corporate irresponsibility can be destructive to an automotive OEM’s image. The volume of recalls and impact on current customers also has a detrimental impact on vehicle manufacturers in the long-term. If consumers have to take their vehicles to dealers multiple times, it becomes a hassle. And then if they have a less than satisfactory experience at the dealership, it may sway their decision to leave the brand.

On the other hand, recalls have become so common now that some dealers are taking the opportunity to build brand loyalty and show that they care about customers buying the company’s products.

Recently, Canada and some other countries have become serious about recalls; moreover, recalls of vehicles with common parts also often become global recalls due to international supply chain inter-linkages. However, the bulk of the pressure on automotive OEMs has been from the US government, media and the legal system. The aggressive government in the White House enjoys taking the moral high ground with big businesses and consequently, automotive companies are under unique pressure in the US to recall everything that influences consumer safety.

Although the primary objective of a vehicle recall programme is to fix the current and potential safety issues, it is difficult to judge whether vehicle manufacturers treat these recalls as routine withdrawing and repairing of vehicles. Based on what is happening with GM’s recalls and how Toyota dealt with its recalls, industry observers believe that large product recalls have managed to reduce the number of injuries. If OEMs learn their lessons (from the recalls) and improve reliability, they are likely to experience better outcomes in the future. On the other hand, OEMs that restrict their response to merely fixing faults in defective vehicles are unlikely to experience any tangible improvement in reliability.

Saying that product reliability generally improves after product recalls doesn’t mean that vehicle manufacturers should engage in more recalls than the level the industry is already witnessing. The implication is that OEMs should diligently undertake rigorous pre-market screening of vehicles, as that would help reduce the incidence of product failures. Currently, pre-market screening is not considered priority as OEMs often balance considerations of investing in reliability improvements with competing needs, such as pursuing growth through new product introductions and innovation.

At the same time, it is important to note that although manufacturers use state-of-the-art facilities and follow the latest manufacturing philosophies, it is difficult to make the perfect vehicle, and vehicles often need to be recalled. Arguments about responsibility and long-running courtroom battles are not good for OEMs. Toyota, for example, decided to accept billions of dollars in costs and come out of the crises as a better company, as quickly as possible. GM has decided to follow the same approach and it is perhaps the way forward for all automotive OEMs.

From the consumer’s perspective, the newer generation, accustomed to software updates on high-end technological devices, is more accepting and tolerant of recalls than past generations. So, it is perhaps OK to issue recalls, as long as OEMs behave responsibly, handle the recalls efficiently, and incorporate the learnings to make future cars safer. The bottom-line is simply this: as long as consumers are convinced of the safety of vehicles, and that recalls mostly pertain to minor non-life threatening aspects, brand loyalties are unlikely to change dramatically.

De Lijn and VDL Bus & Coach celebrate a milestone with a new delivery: since 2015, more than 1,000 VDL vehicles have been on the road