Safety is a top priority, but Level 2 autonomous systems can also create a more enjoyable driving experience. By Jack Hunsley

While the automotive industry waits for high-level autonomy to mature, technologies further down the SAE’s scale are already coming to market. Particular focus is being dedicated to Level 2 systems which suppliers such as ZF are eager to capitalise on.

The top-selling point for assisted and autonomous vehicles is their theoretical contribution to road safety. As Andrew Whydell, Head of Global Vehicle Systems Product Planning at ZF, told Automotive World, data from the National Highway Traffic Safety Administration (NHTSA) in the US suggests that 94% of crashes occur due to some form of driver error. More than half of all US road deaths also only involve a single vehicle, occurring when a driver is momentarily distracted or makes a mistake. This is why companies such as ZF see good potential in technologies that can aid lateral and longitudinal movement.

“In the case of lateral control, around 15% of crashes are sideswipes,” said Whydell. “That’s where you’re driving on the motorway and you change lanes and you do not realise there’s a vehicle in your blind spot, for example. A Level 2+ system can see via its radars and/or cameras that there is a vehicle there so if the driver attempts to turn it can offer some resistance or turn the wheel to right them.” Whydell highlighted that data collected for the insurance industry suggests that automatic emergency braking systems can reduce the frequency of rear-end crashes by around 40%.

As we’ve gone further into the integration of these systems the way they interact with the driver has much improved because now it coaches and guides, rather than nags

These stats are encouraging more safety bodies, such as EuroNCAP or the US-based Insurance Institute for Highway Safety (IIHS), to push for mandating the fitment of such systems. However, while beneficial for safety, ZF sees their introduction as an opportunity to also improve the driving experience.

“The systems that are being fitted can also provide significant comfort and value for drivers because features like lane centring or adaptive cruise control can be something used every day,” said Whydell. “There’s a real benefit there, and so consumers are interested in some of these basic functions, particularly the ones that actively help them rather than just alert them of problems.”

A recent example of ZF’s technology can be seen in its partnership with Dongfeng. The Chinese automaker began fitting ZF’s Level 2+ coASSIST system to its 2020 Aerolus Yixuan sedan last year. Whydell says that the purpose of the ‘Level 2+’ definition is to separate more sophisticated technology from SAE standard Level 2 products, but also to reiterate to consumers that the vehicle is not at Level 3 and therefore still requires constant human supervision.

“A Level 2 system would just be able to stay in lane and follow the car in front,” he explained. “A Level 2+ system would be able to move laterally out of its lane to do an assisted lane change, pass a vehicle and move back to another lane.” This manoeuvre, he added, would also require more sensor technology than a Level 2 vehicle would typically be equipped with.

This additional sophistication is what is making more complex features possible. For instance, Whydell notes that in Europe and Asia there is good demand for automated parking systems. These systems rely on the same sensor set as ZF’s Level 2+ safety features but are firmly focused on making an owner’s life easier. “If you are parking in a tight stop that it would be difficult to get out of after you’ve parked you could instead push a button on a key fob or your phone and have the car fold itself into the narrow gap instead,” Whydell suggested. “That’s an example of something that we are working on in China at the moment with one of our partners.”

ZF is eager to learn from past industry experience when it comes to introducing this kind of technology. One challenge is to ensure that systems not only effectively inform drivers of immediate dangers but do so in a way that doesn’t distract from the driving task. Another key aim is to create systems that do not frustrate drivers. Whydell notes that past assistance systems which were not linked directly to steering or braking inputs were not always well received.

“Drivers generally had a negative response to systems that just beeped and buzzed at them,” he said. “One reason for that is that it doesn’t just tell the driver they’re not driving well, it also tells their passengers too. As we’ve gone further into the integration of these systems the way they interact with the driver has much improved because now it coaches and guides, rather than nags.”

Whydell says this approach could help build driver trust in autonomy and help get customers used to handing over some lateral and longitudinal control. “If you’ve owned a vehicle that has a traffic jam assist you are likely to be more comfortable with riding in a fully autonomous vehicle,” he added.

ZF also stresses that these functions are designed as to assist drivers and that users who attempt to misuse them could find the system unavailable or disabled. One popular means of checking driver attention is the use of a driver monitoring system. These can ensure a driver’s eyes are always kept on the road and can spot any signs of fatigue or distraction. ZF has also developed an advanced steering wheel that can detect whether a driver has their hands on the wheel as well as whether their grip is sufficient so that they could safely retake full control if needed. This could prove particularly beneficial against third party devices, such as counterweight rings, which are designed to manipulate such monitoring systems.

“The driver has to be paying attention for that service to be available,” said Whydell. “If a driver continues to attempt to misuse the system, then those systems can warn the driver and then shut themselves down for the remainder of that journey or that ignition cycle.”

ZF ultimately hopes that products such as coASSIST can help ease the concerns of autonomy anxious consumers. In Whydell’s view, today’s market is split into two polarised camps, one of which is eager to ride in an AV and a second that remains hesitant.

With vehicles being able to drive themselves, at least under certain circumstances and on certain kinds of roads, then ultimately we’ll all make the jump to Level 3 and Level 4 and beyond when we’re ready

“Most of that is due to lack of personal experience and so these Level 2 and Level 2+ automated driving systems are a great bridging technology,” he said, adding that what should appeal to consumers in Level 2+ technology is the ability to pick and choose the level of assistance they feel comfortable with, and when it operates. “The driver has a level of control. Especially with the higher-performing Level 2+ systems.”

Whydell expects that in ten years, “virtually anybody” buying a new vehicle will have at least the option to include Level 2 or 2+ assisted driving technology on their purchase. “It will be a stepping stone to get comfortable with vehicle automation,” he said. “With vehicles being able to drive themselves, at least under certain circumstances and on certain kinds of roads, then ultimately we’ll all make the jump to Level 3 and Level 4 and beyond when we’re ready.” 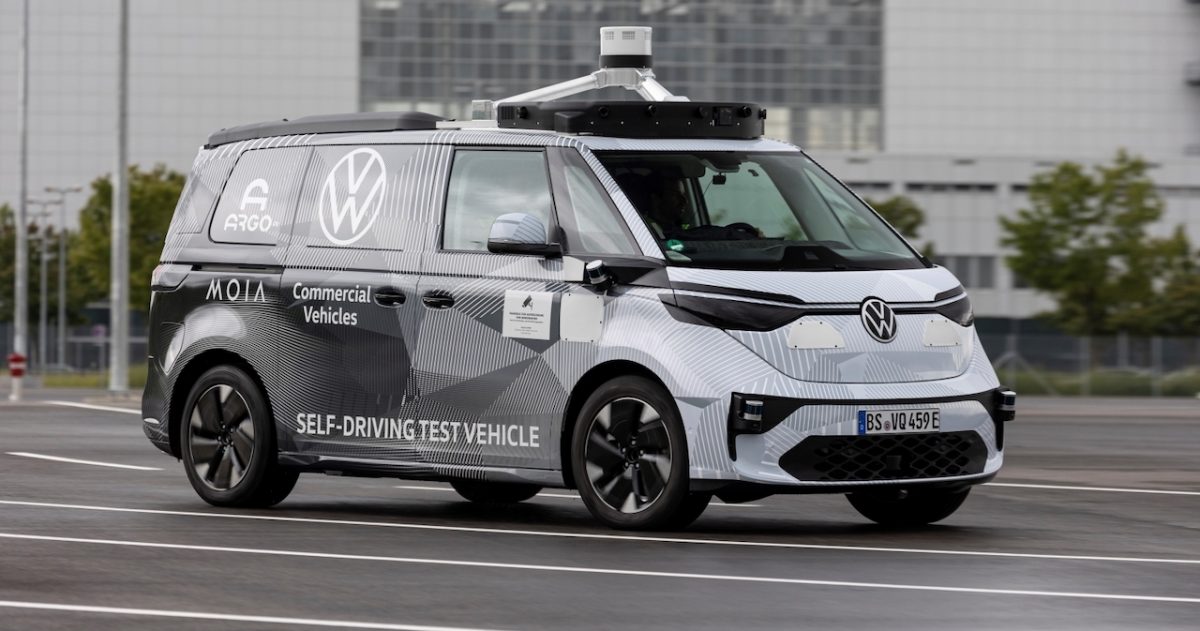 Where does Germany sit in the AV race? 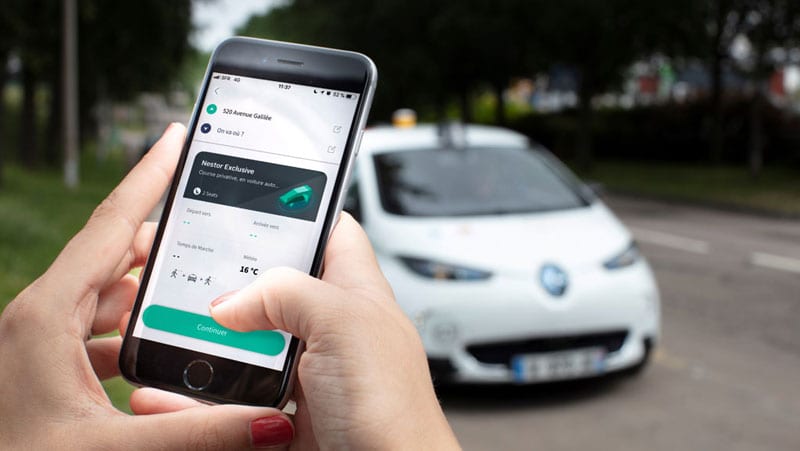 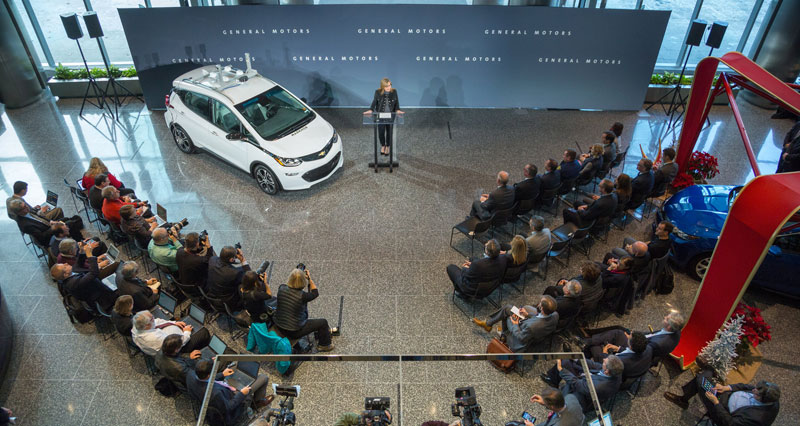