Home › Articles › Does hydrogen have a home in mobility?

Does hydrogen have a home in mobility?

Hydrogen-fuelled mobility has the potential to address transport sector emissions, but it is not without its challenges. By Michael Zhan and Michael Bunker

Despite rapid growth in the uptake of battery electric vehicles (EVs)—especially cars and vans—a zero-emission solution has yet to be decided upon for the transport sector, which is responsible for considerable carbon emissions.

In the UK, heavy goods vehicles (HGV), maritime, buses and rail account for at least 26% of the country’s transport emissions. Using the UK as a case in point[1], this article explores the challenges and opportunities for hydrogen fuel in addressing these emissions.

The application of hydrogen fuel in road transport is a highly involved process from energy generation to the fuelling of vehicles at refuelling stations. There are four key considerations: the potential benefits and current gaps of hydrogen fuel in transport; the relationship between hydrogen fuel prices and production methods; compression, storage and distribution (CSD) infrastructure; and carbon capture facilities for blue hydrogen.

Supply chain and market competition: Given the limited supply of rare metals to make EV batteries, hydrogen will soon play an indispensable role in delivering zero emission transport (notwithstanding the need for batteries in FCEVs). In addition, the natural abundance of hydrogen means it has the potential to level competition in the automotive sector, whereas the supply of raw materials for EV batteries is controlled by a few large players.

Accessibility: Hydrogen can be transported to areas which are not easily accessed by the power grid network.

Powertrain applications: Hydrogen has a higher gravimetric (per unit of mass) energy density than both diesel and EVs, especially when compressed. This means that less space and weight is required for the fuel, making it more suitable for long-distance driving and vehicles with higher traction requirements, such as HGVs.

Environment and end of life challenge: FCEVs need fewer rare metals obtained through carbon-intensive mining activities. Only a small battery is required to regulate the speed of each vehicle. A smaller battery also means that FCEVs are less exposed to end of life and residual value-related challenges and risks when compared to EVs.

Economic opportunity: Hydrogen is a relatively less-trodden path to decarbonising transport. Given the UK’s relative strength in this space, especially Scotland, it opens up opportunities for inward investments and economic growth.

Maturity and reliability of technology: The pace of maturity in hydrogen technology could vary from one application to another. The first five years of the Aberdeen Hydrogen Bus Project have reportedly seen a number of reliability issues with the single decker buses. A second phase involving double decker buses for the next five years is now taking place to further progress its maturity.

Competition from battery technology: The development of hydrogen fuel is racing against the clock as battery technology innovations continue apace, including for HGVs. Tesla, for example, has developed a battery-electric truck which has a potential driving range of 300 to 500 miles.

Storage complications: At normal temperature and pressure, hydrogen exists in gaseous form, meaning it must be compressed first. Hydrogen fuel also needs to be stored and transported under high pressure or in cryonic environments, creating logistical challenges.

Emissions: Although hydrogen drastically cuts emissions, without abundant renewable energy, much of the production process is still dependent on fossil fuels.

Green hydrogen is expensive: Water electrolysis, the only zero-emission process of hydrogen extraction, is very expensive at its current scale of production.

Hydrogen fuel prices: The price of hydrogen fuel in the UK remains markedly higher than that of other fuel types (shown in Figure 1.2). With green hydrogen further exaggerating these costs, there is a need for stimulus in the form of government support to bridge the cost premium of hydrogen over other fuels—at least in the short term—if it is to be a commercially viable zero-emission alternative in the next four to five years.

Benefits to these enablers can be seen in the case of Norway, where the combination of forging new hydrogen production methods with government incentives, such as tax exemption, has led to a dramatic reduction in production costs.

Indeed, a study conducted by the California Energy Commission has estimated the cost of hydrogen per kg could fall from US$14-US$18 to US$6.60-US$8.25 by 2030, which is comparable to the cost of diesel today[2].

The second is electrolysis, which works by separating hydrogen from water using electricity. This method is less widely used but is the only zero carbon emission approach to produce hydrogen. The amount of electricity required is approximately 55 kWh/kg of hydrogen[4]. Whilst being a fully zero emission method for producing hydrogen (subject to the use of renewable energy), electrolysis is still the most expensive production method. A 2030 projection outlining the costs and emissions of the differing methods is shown below.

Figure 1.2: Comparison of costs and emissions of hydrogen produced through a variety of production methods[5] [6]

Handling hydrogen in its gaseous form is the most cost-effective approach to CSD. However, LOHC as a means for storage is beginning to demonstrate cost parity with storage mechanisms involving hydrogen gas, not least because it minimises the requirements for new infrastructure by being able to use existing liquid fuels storage and distribution infrastructure. Further research has also indicated that there is an opportunity to combine the stored carbon dioxide in carbon capture and storage (CCS) facilities with hydrogen to create a LOHC, allowing it to be reused in the hydrogen economy.

Together with the nascency of the technologies, ongoing concerns include that a large scale of LOHC demand will be required to incentivise LOHC manufacturers to build a facility which will enable the optimisation of heat energy involved in the exothermic (hydrogenation) and endothermic (dehydrogenation) reactions required to lock and unlock hydrogen. In addition, a large amount of energy is required to facilitate the dehydrogenation reaction at ~10 kWh/kg of hydrogen fuel.

CCS is the process of capturing and storing CO2, which will be essential in offsetting the carbon emissions resulting from the production of blue hydrogen. The most notable move in the UK on CCS is the plan of a major Norwegian energy player, Equinor, to create a new hydrogen and CCS facility near the city of Hull, which would be the largest of its kind.

However, the high cost of CCS has thus far kept the technology from entering mainstream use, with cost fluctuations dependent upon the source of the carbon captured, the distance to the storage site, and the nature of the storage site itself. The Carbon Capture & Storage Association (CCSA) estimated that the early CCS projects in the power sector would cost around US$69-US$103 per tonne of reduced carbon dioxide. Furthermore, possible environmental and climate change damages can be caused by CO2 leakages from carbon storage sites.

What does this mean in terms of opportunities for the government and key players in the market? Based on the considerations set out above, the following actions are relevant to various stakeholders.

Whilst hydrogen has real potential as a zero-emission fuel, it requires significant collaboration between government and industry, and an energy systems-wide approach to make it commercially viable and sustainable from well-to-wheel

Government and local authorities should develop a system-wide approach to the provision of renewable energy derived from hydrogen fuels, and encourage R&D and investment in CSD infrastructure through grant funding and tax policies. On CCS, they should develop environmental standards for CCS facilities.

Financiers will have opportunities to explore across the entire value chain.

In conclusion, whilst hydrogen has real potential as a zero-emission fuel, it requires significant collaboration between government and industry, and an energy systems-wide approach (including heating and power) to make it commercially viable and sustainable from well-to-wheel. Furthermore, additional research, development and trials are required to improve the performance characteristics of hydrogen fuel cell electric vehicles (FCEVs), and to further reduce the cost of hydrogen production and fuel cell manufacturing. 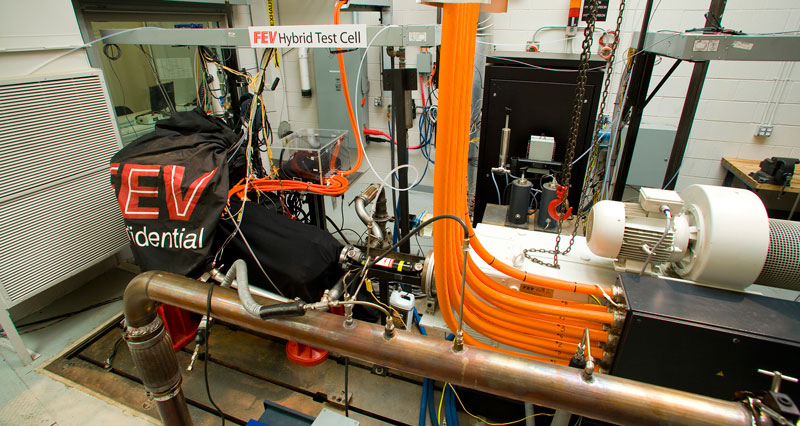 FEV breaks down motion control for the modern vehicle 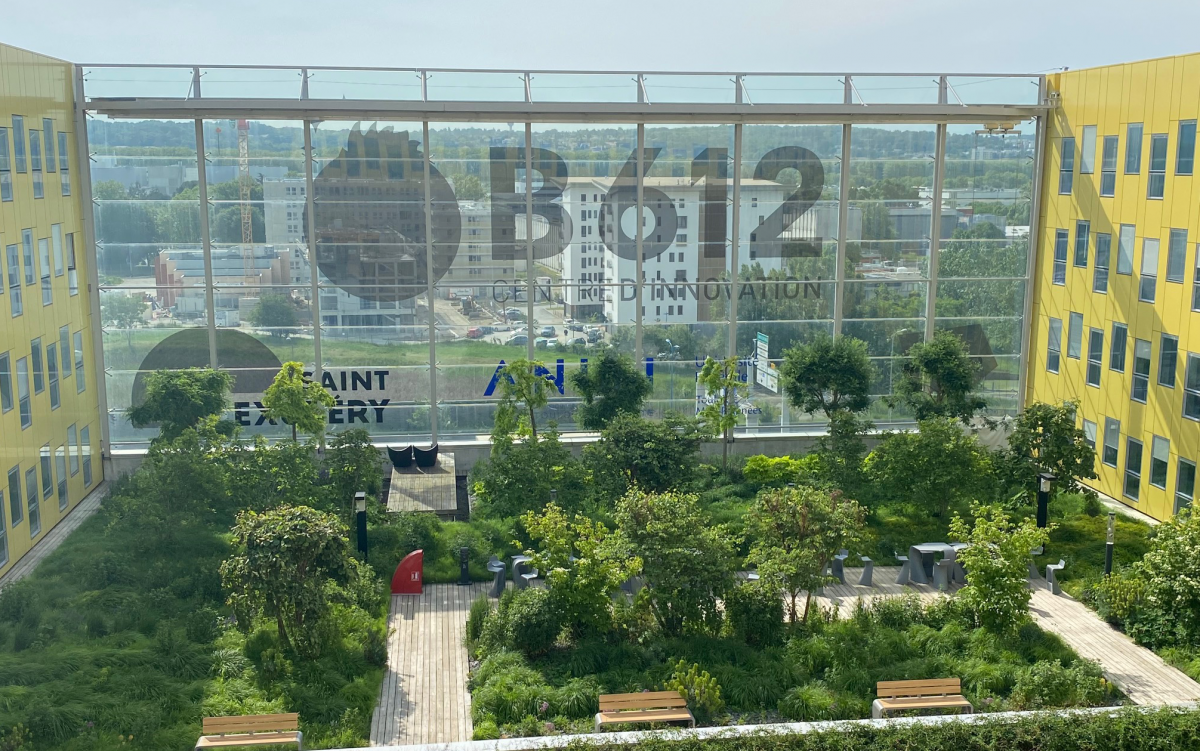 Can Europe’s aerospace capital reinvent itself as a future mobility hub? 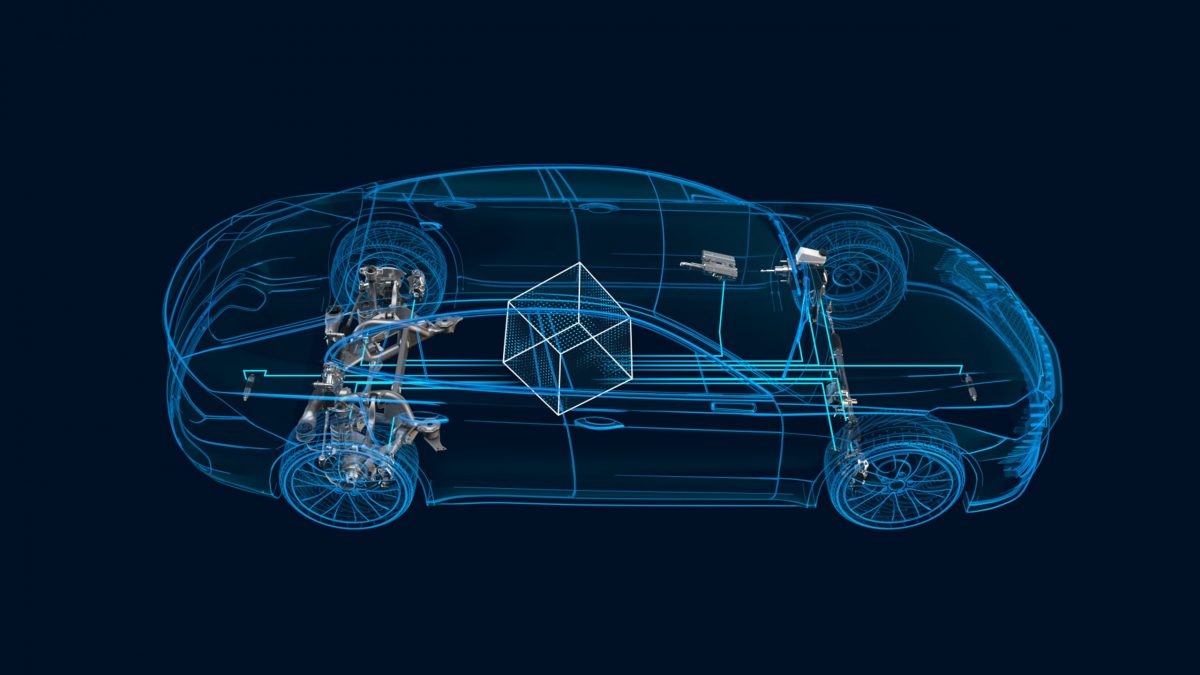 The chassis for the ultimate ride: smart motion control evolves