Are fuel cells still the Cinderella of propulsion technologies?

Fuel cell technology has clear advantages that could lead to it becoming part of a sustainable mobility mix, writes Andreas Radics

Current studies cite hydrogen as the most effective potential solution to the problem of meeting CO2 emission targets. Yet despite this, there is precious little focus on fuel cell electric vehicles (FCEVs) from the automakers, the media and the public.

Recent announcements by automotive companies such as BMW and Bosch are to some extent reinvigorating the discussion, helping to promote fuel cells as a serious alternative propulsion technology to complement conventional and electric drivetrains – but the technology is still pretty well sidelined compared with battery-powered EVs. Nevertheless, the development and production of fuel cells will replace some of the jobs that will be lost in the area of combustion engines, as Bosch Chief Executive Volkmar Denner has made clear.

Given all the benefits, why are fuel cells treated as the Cinderella of propulsion technology?

First, consider the key benefits that are being (comparatively) snubbed. Compared with other drivetrain technologies, FCEVs can offer significant advantages:

In addition, the previously immense technical challenges around the fuel cell and the transport and storage of hydrogen have been largely solved and further improvements are on the way. Just a few years ago, sub-zero temperatures were a problem, with water collecting in the cell after the FCEV was switched off. This could lead to frost damage in winter, but the engineers found a solution: blowing the water out of the cell with compressed air after shutting it down. On the cost side, cell production has also developed, reducing the manual steps required in cell assembly. In addition, the first FCEVs reacted rather sluggishly to the accelerator pedal, but small Li-ion buffer batteries help the vehicles to respond better.

Thanks to researchers from various universities, the next generation of fuel cells will also require significantly less platinum, an important step in establishing a purchase price that can compete effectively with other propulsion technologies. And, of course, the lower quantity of platinum also improves the environmental balance of the cell, with fewer mining activities required to extract the precious metal.

The improvements to fuel cell technology have been a necessary step in the acceptance of FCEVs, but there remain two key stumbling blocks that technological improvements alone cannot solve.

First, there is the challenge of attracting much broader customer interest. In the blizzard of new automotive technology, it is becoming increasingly difficult to explain the variety of propulsion systems to potential customers. What yesterday was vaunted as a clean, comfortable and economically affordable means of mobility, now sees the driver branded as an ignorant – or worse, unforgivably selfish – polluter of the environment.

Customers find themselves in an impenetrable jungle of competing propulsion systems, each vying to replace conventional propulsion as a means of protecting the environment, while the new technologies simultaneously place huge restrictions on the “freedom of mobility” that customers have until now enjoyed.

Individual automakers are seen to make wildly different – and often conflicting – statements on the propulsion system of the future. While one manufacturer relies on a combination of conventional powertrains, EVs and FCEVs, the next pushes only EVs and CNG-powered vehicles. 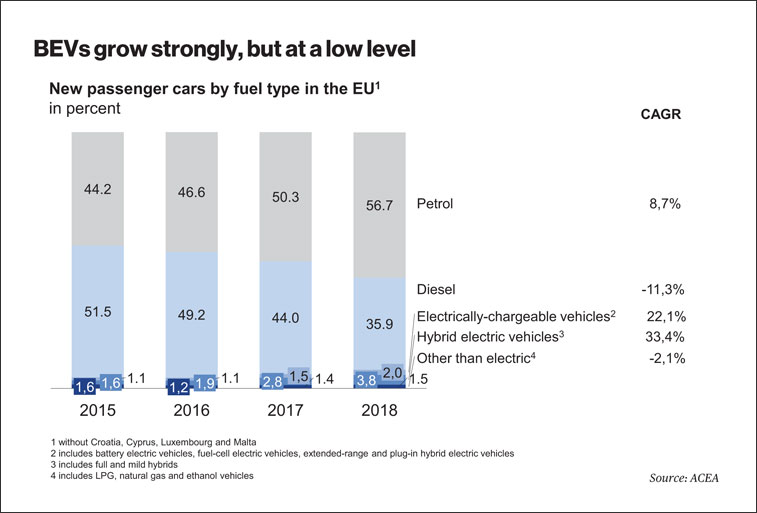 And as much as manufacturers of EVs advertise the usability of their e-models, customers are ultimately not convinced, as the sales figures show.

For most customers, the key factors that weigh against EVs are the range, the availability of the charging infrastructure and the higher price of the vehicles. In at least one of these cases—the range—FCEVs beat EVs hands down. While even new EVs quickly reach the limits of their range, making them impractical except for city trips or short journeys to the countryside, FCEVs not only have a range comparable with conventional propulsion systems, they also trump EVs in that they ‘refuel’ in only 5-7 minutes. Hence, in this respect they fully meet the customer’s demand for mobility.

However, it’s when we come to the refuelling infrastructure that FCEVs meet their biggest setback.

The existing hydrogen infrastructure is not sufficient to meet customer needs. Not by a long way. The supply network, the construction of which began in 2009, is virtually non-existent, with only 125 hydrogen refuelling stations in Europe—76 of which are in Germany. By the end of 2019, Germany is expected to have 100 stations nationwide, compared to 14,500 conventional filling stations. The required expansion of the hydrogen infrastructure would demand very significant investment (current estimates for Germany alone suggest a figure of the order of €61bn), and this is in addition to the vast investments already committed to building up the e-charging infrastructure, which is still not profitable. In the USA, California is the spearhead of the movement, with currently about 30 hydrogen filling stations. Here, the network is to be expanded to 200 filling stations by 2025.

And even if such a network could be set up in a reasonable timeframe, it would take many years before there were enough FCEVs on the road to make the network economically viable.

So is the fuel cell a non-starter?

Is the fuel cell a non-starter? No—the technology has clear advantages that will surely lead to its becoming part of a sustainable mobility mix, helping to achieve the set climate goals. The advantages of hydrogen fuel cells are particularly strong for LCVs and HGVs, combining ecological benefits with such economic requirements as vehicle operability, range and cost per mile.

Factors helping to support the case for FCEVs include the potential use of hydrogen to store wind and solar energy; and Chinese manufacturers, who are fast discovering the advantages of FCEVs, announcing earlier this year their plans to establish so-called “hydrogen corridors”.

Is the fuel cell a non-starter? No—the technology has clear advantages that will surely lead to its becoming part of a sustainable mobility mix

In order to kick-start this technology, however, significant investments in infrastructure are required, along with further incentives and legal restrictions / regulations that favour fuel cell technology (as was the case in recent years with e-mobility).

But how many competing propulsion technologies can be incentivised in parallel? How much investment in different technologies can be borne by governments, not to mention the automakers themselves, as the cash-flow for such investments comes from the automakers’ traditional business, which is itself coming under increasing pressure? Ideally, automakers need to develop all forms of propulsion—but in practice they lack the money.

On this final point, it’s worth a quick look at the role of hydrogen in the context of synthetic fuels. As a basis for synthetic fuels, hydrogen could significantly contribute to CO2-neutral mobility, provided its production uses so-called green electricity.

The great charm of synfuels is that they can be distributed through the existing filling station network and burned by conventional, even classic, cars. Of course, the technology is not without challenges—the conversion efficiency of green electricity into e-fuel still needs substantial improvements—but it could allow automakers to use existing technology to reduce CO2 emissions without the daunting investments required by developing FCEVs.

About the author: Andreas Radics is a founding partner at Berylls 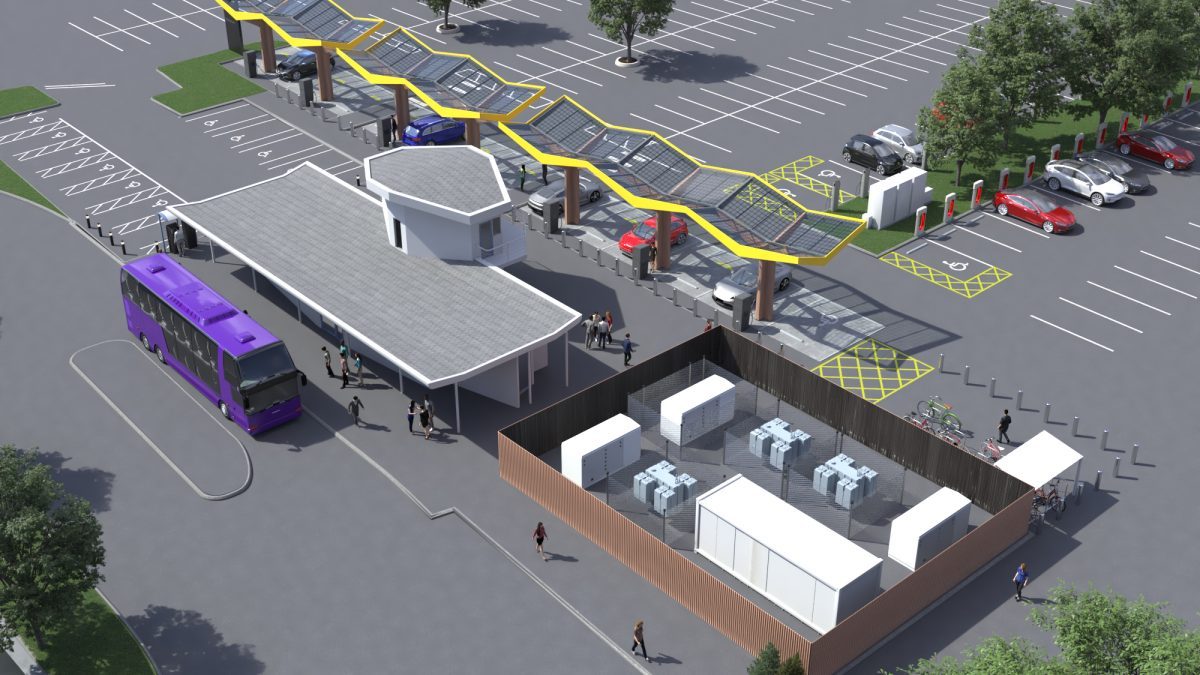 Could stationary batteries be the key to mass EV charging? 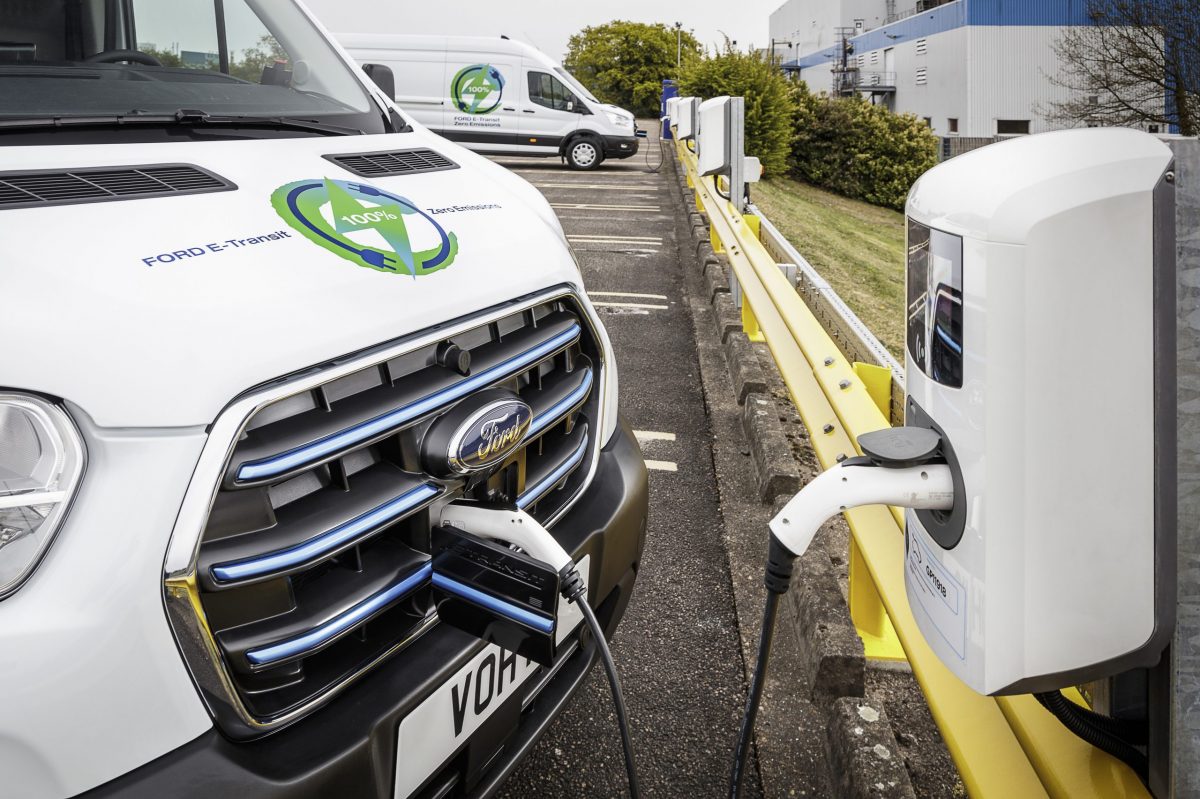 Is Russia changing its tune on EVs?