Home › Articles › AI bringing car factories to a neighbourhood near you

AI bringing car factories to a neighbourhood near you

Nanotronics’ CEO shares his take on the short- and long-term benefits of its intelligent optical inspection platform. By Megan Lampinen

Smart optical inspection instruments that think for themselves could prove pivotal in realising the factory of the future. At New York-based Nanotronics, the mantra is, ‘To build the future, you need to see it.’ The company has developed a platform to optimise insights into production, bringing together artificial intelligence process control (AIPC), automation, 3D imaging and super resolution for industrial inspection. The promised benefits include increased yield, lower costs, faster design iteration and reduced footprint and waste.

These automated optical inspection systems can find application in a range of production use cases, from wiper blades and hoses to advanced technologies like LiDAR, LEDs, semiconductors and microchips. The automotive industry is currently suffering from a crippling shortage of microchips, which could have been mitigated in part through use of such AI-based technology. According to Chief Executive Matthew Putman, it represents an early step in the path that leads to a radically different approach to manufacturing.

How does your technology help with manufacturing optimisation?

The system monitors everything going on at the many workstations in a factory. It not only notices when something is going wrong but also makes predictions about when it will go wrong. It can change conditions, such as temperature or extrusion speed, in order to win the game, and the game is all about the perfect car. When something anomalous comes up that would fail a quality control test, the system identifies that a problem exists and determines how to fix that and ensure the car is optimal at the end of the process.

What sort of hardware needs to be in place in the factory to feed data to the system?

We don’t install a bunch of hardware to monitor processes; we use what’s already there. Factories generally have an industrial PLC (programmable logical controller) or different types of controllers to monitor stations. The level of sophistication of a control system doesn’t really matter to us as long as we get signals to put into a computer rack that has GPUs and can run our AI model.

How hefty an investment must companies make to implement this platform?

Generally, companies will do this in phases but recognise enormous benefit early on. It is important for us to do this affordably. The software and instrumentation costs in the low millions, depending on the size and implementation in the factory. A yearly subscription allows companies to de-risk the investment.

Are manufacturers generally happy to hand over control of their processes to an AI system?

We run things in a simulation, developing a confidence score, that at first may just alert humans to where things are going to happen and the humans can take action. If they trust the machines, which they really should, they can start to turn on this autonomy. We are not changing the entire factory, certainly not all at once. It would be really presumptuous to assume that they would turn over a factory to a black box system, whether it’s good or not.

In Brooklyn, where we are located, we should be making cars. That’s how local and distributed things should be

How significant a difference could this approach make for a given manufacturing operation?

The platform we developed can transform the way products are made. It’s about using AI to learn the way humans learn, but faster and more efficiently, to optimise for the final product. What we really care about is that we’re getting cars out onto the road that have modern technology that works for them but that leads to some commodification. It should lower prices and costs and cut waste. It should also make supply chains more efficient. If this happens, we don’t end up in the kind of issues that we have had recently for things like the chip shortage.

The supply shortage of semiconductor microchips has hit the industry hard. Was there anything automakers could have done to avoid this?

The chip shortage is indicative of the way that the industry has not adapted. Part of the problem is the expectation that what had happened for the last 100 years would continue to happen. Historically, suppliers respond incredibly quickly to large automakers. Ford and GM and other companies had enormous power over their suppliers. They felt that they could always have just-in-time chip supply but they are no longer the predominant buyers and they generally don’t pay as well as other chip customers.

How could your technology have helped?

Part of the problem was that most companies were using the smallest nodes, going to 7 nanometer (nm), 5nm and now down to 3nm, which only three companies in the world supply. The truth is that most of a vehicle does not require those types of chips. There are power devices, 3D chips, compound semiconductors, things that require processes that have existed for 20 years. However, with those processes it is difficult to realise good yields and good prices, unless you have closed-loop AI factories that produce better yields, and do it quickly. Then you can use legacy nodes from semiconductor companies that are producing exactly what the automotive companies need.

How receptive is the industry to this approach?

The semiconductor industry is now starting to respond to this major crisis. There are many legacy nodes at some of the semiconductor and compound semiconductor facilities, and they’ve been using these for other products such as LED lights. The same chips can be used for power devices on a car. The automotive sector has to respond quickly and added the types of processes needed to be able to change out chips in their production so that they can use these legacy technologies that have been optimised through AI.

Does this strategy feed into your vision for the factory of the future?

Yes, in that there’s going to be more automation. That automation is not just robots but also intelligence in the factory.

What do you think of the possibility of a lights-out factory?

I don’t like the idea, even though I like a certain level of autonomy. I want to see people working in factories. There should be better, high paying, different jobs than there used to be.

How far out is the factory of the future?

It could happen now but probably will be five or ten years out. When it does appear, it will be much smaller and entail tighter supply chains. Most of a car’s components should be made in the car factory itself. China built small factories for the Chinese market. In Brooklyn, where we are located, we should be making cars. That’s how local and distributed things should be. The more these central, AI driven local systems are used, the tighter the supply chain, the more a factory can optimise the final product and not be left reliant on others. The future is a car factory near you that both employs people but uses AI systems to build a car in your neighbourhood. 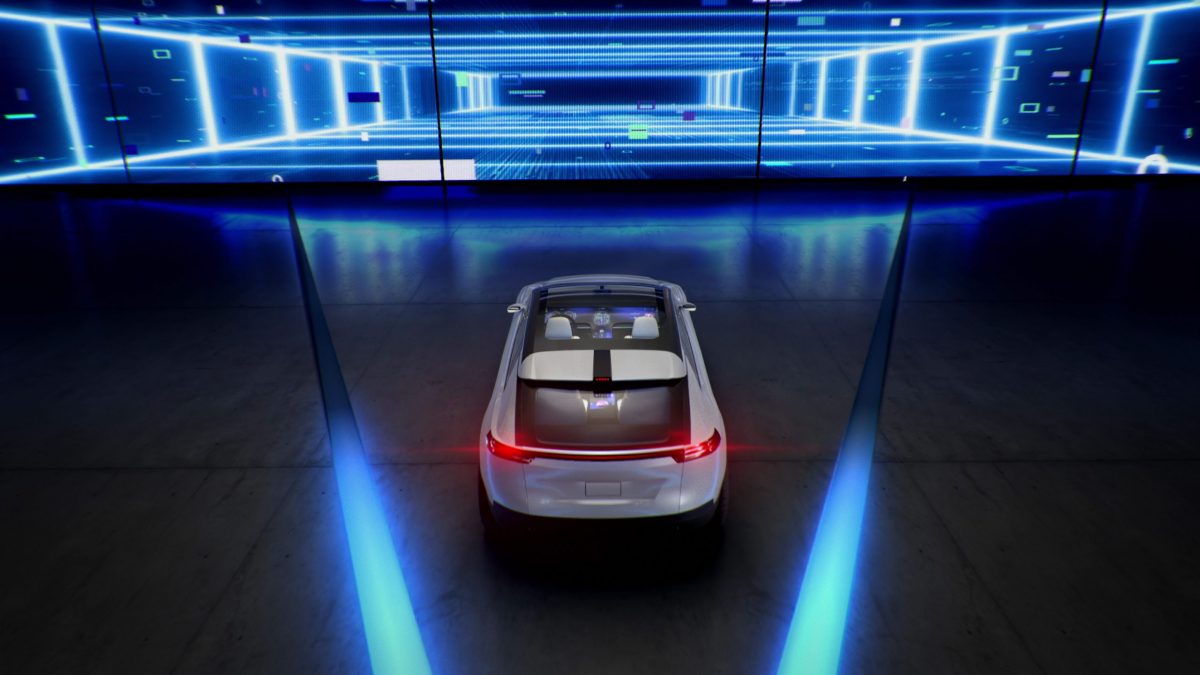