Despite rapidly approaching Net Zero goals and bans on the sale of new gasoline and diesel vehicles, it is hard to see currently, how the transport industry will become completely green and sustainable.  At the end of 2018, the ONS reported that only 0.5% of all vehicles licensed in the UK were ultra-low emission vehicles and transport remained the largest emitting sector of domestic greenhouse gases.

The right car for the right journey

Electrification and pure battery electric vehicles (BEVs) have attracted considerable attention. These charge up using mains electricity, have zero tailpipe emissions, and have provided a bandage to transportation emissions problems, but the issue runs deeper than this. If you live in a city, do short trips, and have access to a charging point, then yes, a pure BEV is the vehicle for you. Even if you need to do the infrequent long journey, you can make it work with forward planning; few will mind stopping for a coffee and a charge-up on route to a destination, a time for you and the car to re-energise. However, there are several areas such as the larger transportation applications and haulage of goods as well as people, where electrification just won’t cut it for a number of reasons. This is where we arrive at a hybrid solution—fuel cell electric vehicles (FCEVs).

There are already a number of successful deployments of large-scale hydrogen fuel cell vehicle fleets. For example, Green Tomato Cars operate a 27-unit fleet of Toyota Mirais in London that surpassed 1 million miles in 2019 and each of these cars has saved the equivalent of 7.6 tonnes of CO2 over this distance and emitted zero NOx emissions.

Meanwhile, Aberdeen launched a fleet of 15 hydrogen double decker buses at the beginning of the year which have already covered 100,000 miles and plans are in motion for the city to produce its own hydrogen. That means all their buses will be locally powered, moving a city that has long been associated with the oil industry to a cleaner future.

What can hydrogen fuel cells do for transportation

To break it down, hydrogen fuel cells can replace or complement (range extender) an existing battery drivetrain. This means that it can provide fast refuel, zero emission power as well as being completely silent, with operating costs for passenger vehicles similar to that of a Prius. While this all sounds reasonable, there is one main sticking point when it comes to why we aren’t seeing more of these vehicles on our roads: charging and refuelling infrastructure.

Today in the UK (a relatively small and easily commutable place) there are just shy of 40,000 commercial charging points in around 14,000 locations (this does not include private charging points in homes or businesses) to service a UK fleet of 500,000 BEVs and plug in hybrid electric vehicles. Compare this to the 8,000 traditional gasoline and diesel refuelling stations servicing 40 million traditionally fuelled cars, 3.3 million vans and 500,000 lorries.

A hydrogen fuel cell vehicle (car, truck, bus etc.) refuels in the typical time frame as its diesel counterpart. This means that the UK can service domestic demand using the current number of refuelling stations. Moreover, the deployment of 8,000 hydrogen refuellers can be made in a timelier manner and is self-contained.

If we assume that eventually all 495,000 UK registered trucks were to transition to BEV, and they each recharged on average once per day, the energy consumption of this refuel would be the equivalent of powering 47 million homes per day

The UK only currently has a handful of hydrogen refuelling stations, but as seen in markets like Germany, California, Japan, and China, numbers can grow quickly. These stations provide a centralised, ubiquitous green refuelling source that can be deployed without massive infrastructure and grid overhauls. Similarly, because of its centralised refuelling nature, hydrogen fuel cells can also be deployed at rail, marine and aero depots.

Putting it into perspective

Although there is a need for further charging points to be added and even higher power versions for larger vehicles such as trucks, let’s assume that the current electric charging capacity is well utilised. The question we should all be asking is, how many charging points will be required if we were all to transition to a BEV?

We can make an educated assumption that the number of commercial car chargers required will be around 2,800,000 charging points. Then there is the impact that the additional traditional type chargers and the larger (Mega-type) chargers will have on the grid and the existing electricity infrastructure. To simply put it, existing grids are not developed to handle this excess in demand. Ultimately, we need to think about how to expand this or how better to deploy on-site, localised infrastructure. This becomes even more difficult when you may have hundreds of thousands of distributed charging locations.

If we assume that eventually all 495,000 UK registered trucks were to transition to BEV, and they each recharged on average once per day, the energy consumption of this refuel would be the equivalent of powering 47 million homes per day. The UK currently has 29 million homes, and so the process of refuelling only trucks significantly outweighs the national residential energy consumption.

For the UK to be able to achieve the 2050 Net Zero goal and be completely sustainable with a green transport sector, it cannot be one versus the other. BEVs vs. FCEVs is certainly not the argument to have—one cannot be dismissed so the other can win. It is only with a combination of these solutions, that the transport sector can be completely decarbonised.

The government has put a focus on infrastructure overhaul for passenger vehicles and certainly in the cities across the UK, a BEV may well be the best solution but the UK’s infrastructure is poised to deliver and cater to hydrogen fuel cell vehicles especially in areas such as public transport and heavy-duty haulage where batteries alone do not offer the most optimised solution.

About the author: Vidal Bharath is Chief Operating Officer at Bramble Energy 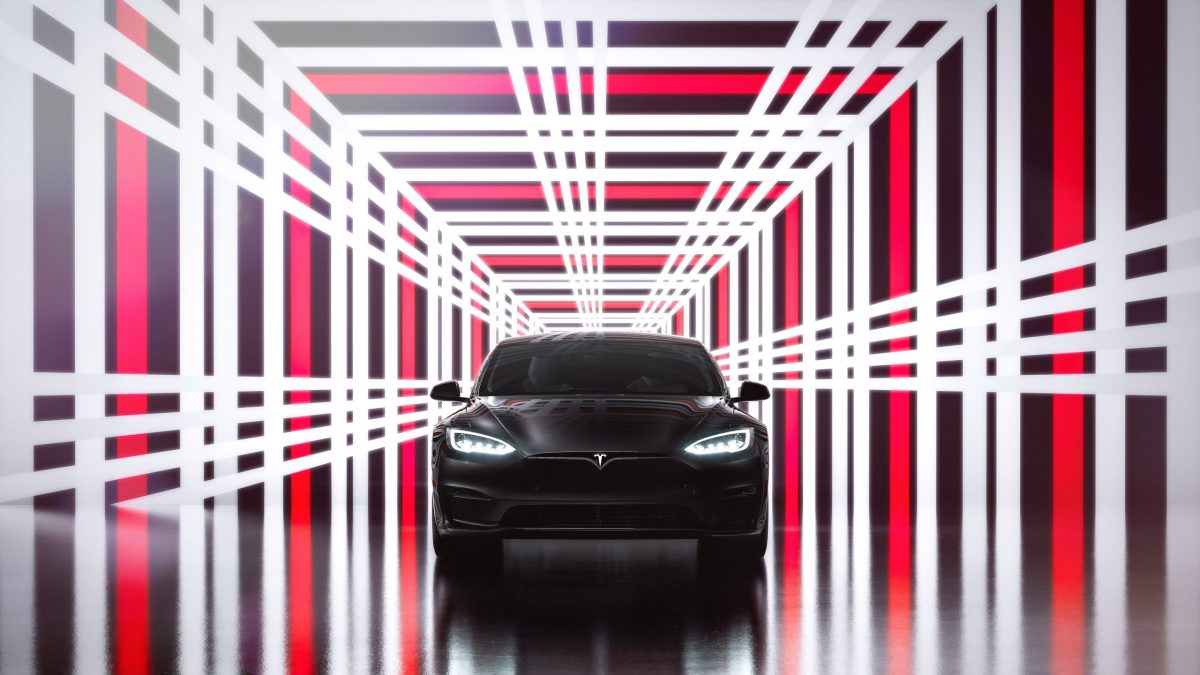 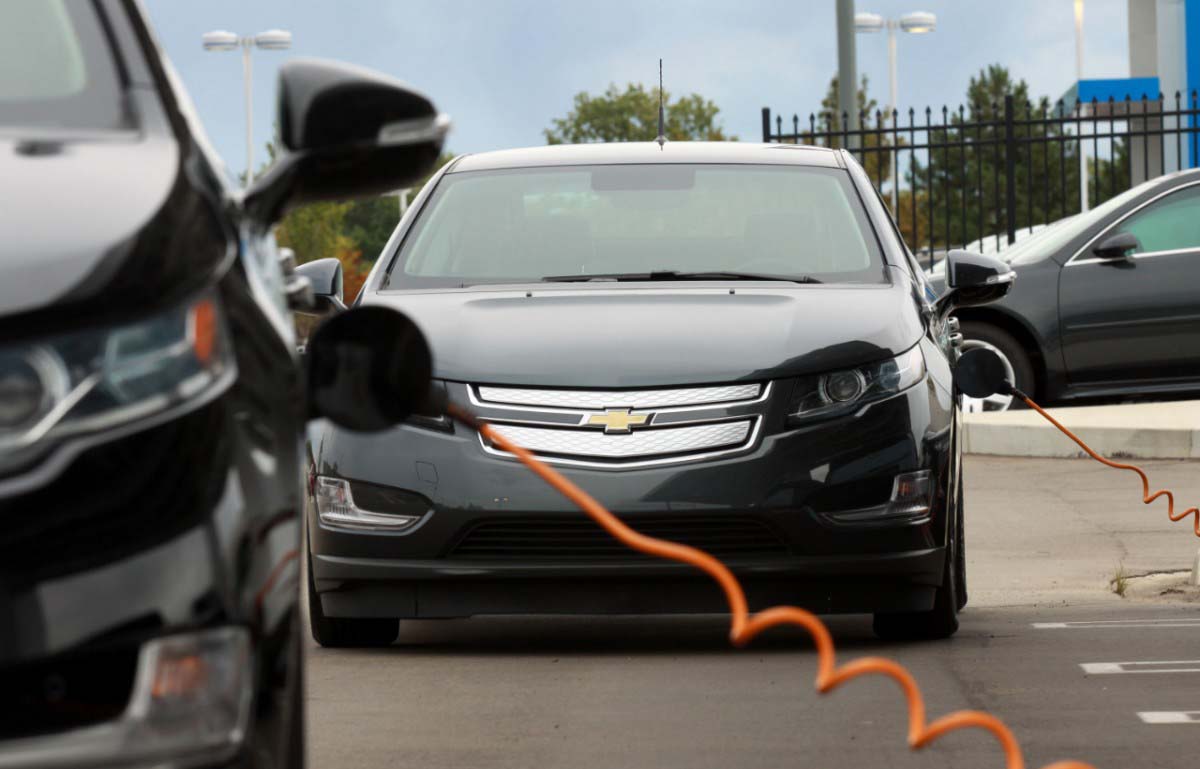 What is holding back EV adoption?